League Of Legends FAQs On New Champions Xayah And Rakan 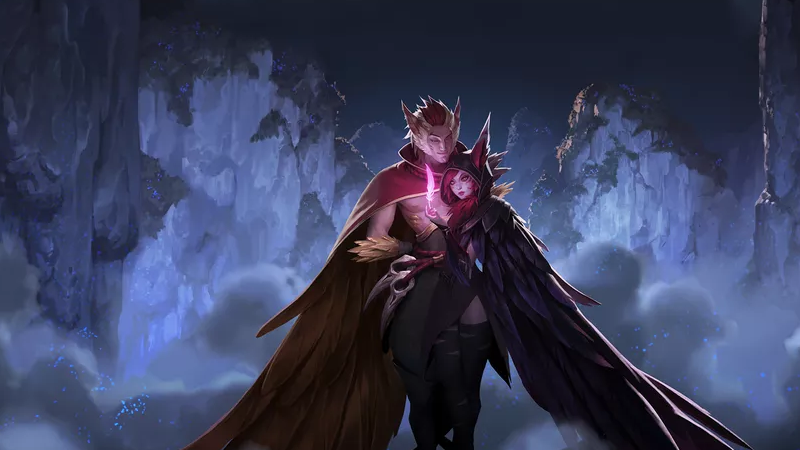 League Of Legends FAQs On New Champions Xayah And Rakan

Riot Games has introduced a new pair of champions for its hit game League of Legends. The pair is teased as an ADC-support duo, with their “special” brand. Both heroes sport a bird motif. They have cloaks that are akin to wings, and they have a penchant for speedy attacks.  Xayah and Rakan will be joining the game roster next month. They will be the latest duo release since Pantheon and Gragas in 2010.

Interestingly, their introduction in League of Legends presents new options for ADC-support pairs. After all, it appears the pair are very capable when it comes to ADC-support blending. Of course, players have the option to pair them with other ADC and support types as well. Regardless, if the lore is to be followed, then Xayah and Rakan are better off paired with one another. The two have a special “recall” ability. This means if one is already recalling when the other just began, they do a “special duo recall.” Players may view their full abilities here.

League of Legends – Xayah the “Rebel”

ADC (Attack Damage Carry) characters remain a staple need for teams in multiplayer online battle arenas (MOBA). This does not apply simply in League of Legends, but other games as well. In League, ADC champions deal strong, continuous damage with their basic attacks. Their skills are tailored to increase this damage over time. Interestingly, the “term” was then replaced with character types such as “Marksman,” “Slayer,” and “Fighter.”

Marksmen are ADCs that have strong ranged basic attacks. Meanwhile, Slayers and Fighters offer different melee attack bonuses depending on enemies. Players are still using this term despite its “retirement” as per Riot Games’ introduction of the three types. Xayah, the “Rebel,” is the ADC character for the duo. The bird-themed female champion uses a wide variety of feather-based attacks. Her Passive ability “Clean Cuts” allows her to attack multiple enemies every time she casts a spell.

Her Q called “Double Daggers” throws her two blades towards all opponents. The hero’s W, “Deadly Plumage,” increases the strength and speed of her next basic attacks. Rakan will gain the benefits of this ability if he is nearby. Interestingly, her E “Blade Caller” forces all feathers from “Double Daggers” to go back to her. All enemies hit by the feathers suffer damage, and if an enemy is hit multiple times, he or she is rooted.

However, she shines with her Ultimate, “Featherstorm.” Xayah becomes untargetable for a while when she leaps into the air. She then unleashes a storm of blades all at once, hitting everyone around her in a cone. She can even move briefly in mid-air.

Meanwhile, support champions, also called Controllers, work best when assisting allies. They are generally crowd-control specialists, or those that shine when they help others. Moreover, this is the role delegated to Rakan, the Charmer. Much of his skills focus on distraction and charm, which can open enemies for the killing blow. His Passive “Fey Feathers” allows him to generate a shield even in combat. This increases his defense, although the shield does have a cooldown.

Interestingly, his other abilities are all deadly tricks. His Q, “Gleaming Quill,” allows him to throw a feather forward. Any enemy champion or epic monster hit will be dealt damage. Afterwards, a heal “triggers” around Rakan, which will heal allies around him. He also has a stylish W, “Grand Entrance,” where he does a stylish landing to a destination. He knocks nearby opponents afterwards.

His E, “Battle Dance,” allows him to protect allies from a distance. He can even use this again a few seconds later, even on the same ally. If his target is Xayah, then he can shield her from an increased range. However, his Ultimate is a dangerous force to be reckoned with. “The Quickness” gives Rakan a speed boost. He charms and damages all enemies he touches, though this only works on enemy champions once. The first champion he touches gives him a huge movement speed boost.

Follow @GameSinnersLive
Pokémon Go CEO: ‘VR May Negatively Impact Society’
Zelda And Its Open World Future: Possible Features, Appeal Of ‘Open Air’
We use cookies to ensure that we give you the best experience on our website. If you continue to use this site we will assume that you are happy with it.Ok