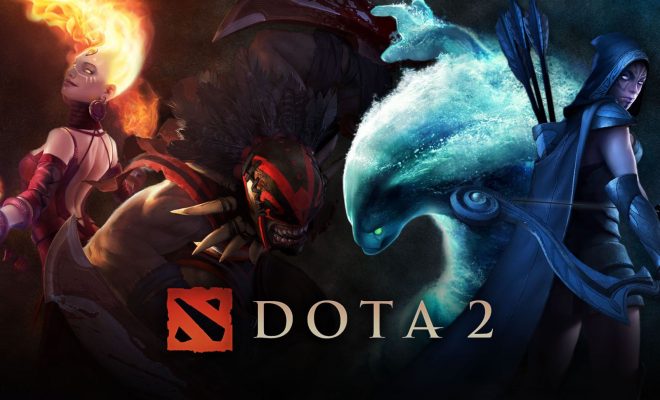 The Fortnite World Cup generated a barrage of media coverage across the globe after turning a number of teenage gamers into millionaire superstars this summer. It has placed Epic Games’ flagship title at the forefront of the burgeoning esports industry and it suggested that the battle royale genre is here to stay. That has thrown down the gauntlet to the traditional big three of the esports scene – League of Legends, Dota 2 and CS:GO – and it will be fascinating to see how they respond.

LoL remains the world’s most popular esport, but it is now a decade old, while CS:GO and Dota 2 were released in 2012 and 2013 respectively. Gamers are notoriously promiscuous and developers of exciting new titles are keen to lure them away from the old esports favourites.

LoL, CS:GO and Dota 2 are very much the old guard of the competitive gaming scene now. Is there still a future for them, or will they wither and die?

Starcraft II appears to be falling away from the esports scene, while Heroes of the Storm has been canned. It shows just how difficult it is to enjoy longevity in this cutthroat industry. Yet there are plenty of reasons to feel positive about the chances of LoL, CS:GO and Dota 2 continuing to enjoy success long into the future.

LoL has become one of the most popular games of all time because it is free to play and Riot Games continually updates it. It is a one-game studio with a team of 2,500 people spread across the globe, and they listen to the community, take advantage of technological improvements and continually refine the gameplay to ensure that it remains fresh and dynamic. This has proved to be a remarkably effective strategy.

Dota 2 has always followed a similar model and this year it has enjoyed strong growth. It hit 1 million concurrent players for the first time since 2017 and stormed back to the top of the Steam charts. CS:GO went free to play in December 2018 and that has seen it win over many new gamers.

Each of these titles boasts a large, passionate and loyal fan base. It stands to reason that there is a huge amount of interest in the professional scene for games like LoL and CS:GO.

Fans love to watch the leading lights plying their trade, as they can learn how to improve and gauge just how close they are to the best in the business. The LoL rank ladder is a highly effective tool for keeping players loyal, as they are invested in the system and constantly trying to climb up, while unlocking new legends and runes.

A Wealth of Untapped Potential

Epic Games is celebrating after 2.2 million people steamed the Fortnite World Cup solo final, which saw Bugha walk off with the $3 million top prize. However, to put that into perspective, the LoL World Championship 2018 final pulled in 205 million viewers. That saw it eclipse almost every traditional sporting event of the year in the popularity stakes, leaving it behind only the World Cup in Russia, the Champions League final and India versus Pakistan in cricket.

The majority of those viewers came from China, as fans cheered on local team Invictus as they beat Fnatic in the Grand Final. There is still huge untapped potential in highly populous countries like China and India for these traditional esports. Valve has decided to host this year’s International in Shanghai, which is a smart move, and China could fuel a lot more growth for the big esports. There is also a huge market in Africa and Latin America to go after, so opportunity abounds for Valve and Riot Games.

CS:GO, LoL and Dota 2 have first-mover advantage over newer titles within the esports scene. They have reached their exalted positions because they work so well as multiplayer competitive games, boasting a high skill ceiling and easily accessible entertainment, and they have all built up strong esports infrastructures.

They boast established, prestigious tournaments that are becoming steeped in heritage. The leagues and cups within them are becoming increasingly organized and professional. The teams have large and passionate fan bases. There are also a number of big stars that supporters can latch onto, such as s1mple, Faker and KuroKy. It will take new titles a long time to reach such a level of maturity, and in the meantime games like CS:GO and LoL can continue to consolidate their market-leading positions.

The International 2019 is Shaping up Nicely

Epic Games has made a big splash within the esports world this year by throwing vast amounts of cash at it. The $30 million Fortnite World Cup has already overtaken Dota 2’s International 2018 to become the most lucrative esports tournament in history.

That clearly did not sit well with Dota 2 fans, who fund The International’s prize pool by making battle pass purchases. They have spent money in their droves this summer and the prize purse for The International 2019 now has shot past the $30 million barrier. That will ensure huge interest in the tournament, and it will make many more gamers rich from their exploits.

That, in turn, sparks media buzz and creates interest in the scene, while bringing in new sponsors and allowing more players to go professional. It points to a healthy future for Dota 2. With Epic Games spending money on esports tournaments like an oligarch that has just bought a Premier League club, there is no danger of the traditional esports set-ups getting sloppy and resting on their laurels.

Increased competition should inspire them to greater heights, and it is telling that LoL, CS:GO and Dota 2 remain the top three titles for esports punting, although there has been a recent surge in Fornite betting.

Battle Royale is Not Ideal for Esports

The Fortnite World Cup was a roaring success for Epic Games, as it earned widespread coverage around the world and sparked renewed interest in the game. The action was also reasonably entertaining, which was a surprise to many gamers because battle royale titles do not work particularly well as spectator sports.

There are simply too many perspectives for the camera to follow, and it can be hard work for anyone watching. The speed building can also alienate newcomers, so Epic Games deserves credit for putting on a pretty good show with a decent meta.

However, the battle royale genre is far from ideal for esports. There is simply too much chance involved due to the RNG aspect. It makes it fun to play, but it can throw the competitive balance out of whack, which frustrates fans and players alike.

LoL, CS:GO and Dota 2 are games of pure skill. When a team surges to victory, it is largely deserved, and the action is often positively gripping. The action is a lot more confined, the number of players is far smaller and the action is much easier to follow. These titles have succeeded as esports where so many others have failed because they tick almost all the boxes required to thrive in this competitive industry.

There may well come a day when they are overtaken by more exciting new titles, but none of the games currently on the market have the power to dethrone them. There is still a glorious future ahead for the big three esports, and it will be interesting to see how they evolve in the years ahead.

Follow @GameSinnersLive
What Is Resident Evil 5 & 6 Switch Release Date?
Great ways to earn gold in Runescape
We use cookies to ensure that we give you the best experience on our website. If you continue to use this site we will assume that you are happy with it.Ok