Welcome the new MLS season with these great soccer games 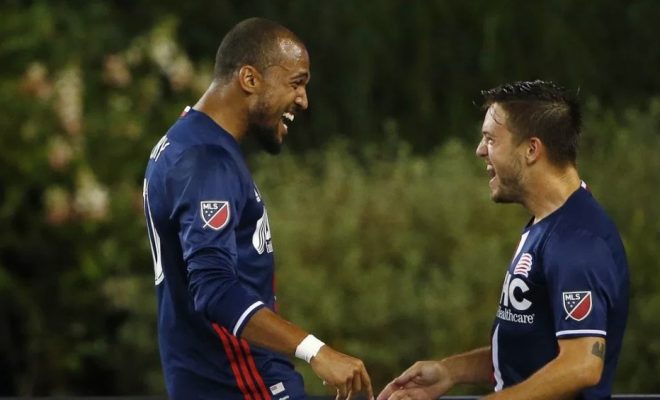 Welcome the new MLS season with these great soccer games

March is here at last, and for soccer fans, that means one thing – the start of a new MLS season. The gulf between the gaming and sports communities is one that is growing narrower by the year, so let’s join the soccer hype, at least for a moment or two, with a look at some great soccer games across a range of platforms.

According to the UK media, FIFA is the game that sold soccer to America. We can leave that particular debate in the hands of the cultural anthropologists, but there can be little doubt that FIFA 19 is the ultimate soccer game. Whether you want a quick showdown with friends or to enter full career mode, this is a game for all seasons and every skill level. It is also the most popular eSport game outside the first person shooter and MOBA genres, so history might show that it has even more cultural significance than even the media realize! The game is available on PS4, Xbox, Windows and Nintendo Switch, and if you are only going to play one soccer game, FIFA is the obvious choice.

Most sports fans enjoy a wager on their favorite sport, and this slots-style game from Microgaming ticks all the boxes. It’s available to play online at https://www.winningroom.com/en and has everything a slots aficionado will be looking for in terms of 243 way to win, masses of multipliers, a frenzied free-spins round and an engaging bonus game. All this is wrapped up in a soccer theme, and it is available on Android and iOS as well as desktop.

If you want some arcade action that won’t cost you a penny, you could do a lot worse than to seek out this free-to-play online game. Take up your gloves and try to protect the goal as the shots fire in thick and fast. Three consecutive saves equate to one goal for your team, as you advance through an English tournament that is imaginatively named The Tournament. Goalkeeping can be something of a forgotten role in games, which is what makes this one a little different.

It’s one of the classics, not just in soccer games but in games per se. Football Manager first appeared way back in the early 80s, and while the visuals and the sheer volume of data might on another planet, the basic precept of the game has really not changed at all. Today, the social media feeds, sports scientists and all the rest can seem overwhelming, but to enjoy the game at its purest, go for the simplified iOS or Android download and you could almost be playing the 1990s version.

Speaking of retro, this top-down fun adds a modern twist to those 90s classics like Sensible Soccer and Kick Off. It is currently only available on PC, but constant updates and patches keep it at the cutting edge. Now all we need is a console release!

Follow @GameSinnersLive
Funko Pop Dragon Ball Z Goku, Android 17 & 18, More Release Dates Set
3 biggest game releases of March
We use cookies to ensure that we give you the best experience on our website. If you continue to use this site we will assume that you are happy with it.Ok