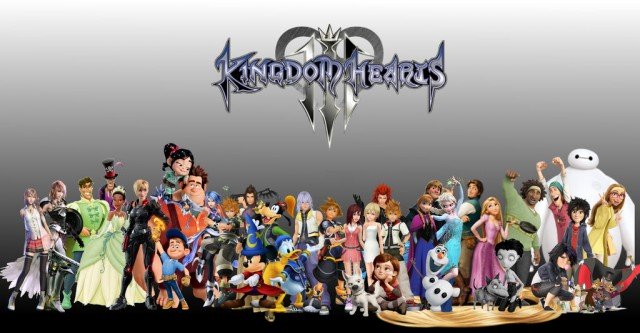 This year’s D23 event in Japan showcased a brand new trailer from Kingdom Hearts 3, the final installment in the smash hit Square Enix series. This will, presumably, be the final chapter in the saga as well, and fans of the series will surely be eager to get their hands on the title, considering it has been in development since the 2006 release of Kingdom Hearts II.

The series features a fantastical blend of characters from both Disney and Final Fantasy worlds alike, and the trailer introduced new footage of the heroes (Sora, Donald, and Goofy) in the world of Disney move series Monsters Inc., which now finds itself on a list of already confirmed environments including Toy Story, Mount Olympus, and the Kingdom of Corona (Disney’s Tangled). It is also worth noting that with Disney’s recent acquisition of both Fox and Star Wars, the pool of potential worlds and characters–already quite expansive–is substantially bigger. It will be very interesting to see if, and how, that has factored into the meticulous construction of the game.

The release of Kingdom Hearts 3 has already been pushed back several times, but developers remain steadfast in their commitment to the rather broad 2018 release date. Considering the initial installment of the series was released almost 16 years ago (Kingdom Hearts, 2002), many fans who began following it as children now find themselves nearing adulthood. It will be interesting to see the age group break down of sales, and a long line of 20-somethings outside Gamestop would not be surprising at all. For me personally, Kingdom Hearts may very well be my favorite video game of all time, and it is undoubtedly what incited my love for them. As I trudge through the KH1.5 + 2.5 Final Mix on PS4, a beautifully remastered collection of the 6 main games of the series that I highly recommend for anyone looking for an entry point to the series, my excitement for what will surely be another beautiful and climactic addition continues to build.

Watch the new Kingdom Hearts 3 trailer from D23 below:

I am currently a student at the University of Cincinnati studying English, Philosophy, and the Classics. My hobbies include music (playing, listening, and reviewing), reading and writing, and video games. My favorite games of all time include Kingdom Hearts, Final Fantasy X, and Skyrim. Games I am currently playing include Overwatch, Kingdom Hearts 1.5 + 2.5, and NBA 2k17.

Follow @GameSinnersLive
Owlboy Switch Gets A 31/40 From Famitsu
Super Mario Odyssey Update 1.2.0 Live, Patch Notes Detailed
We use cookies to ensure that we give you the best experience on our website. If you continue to use this site we will assume that you are happy with it.Ok