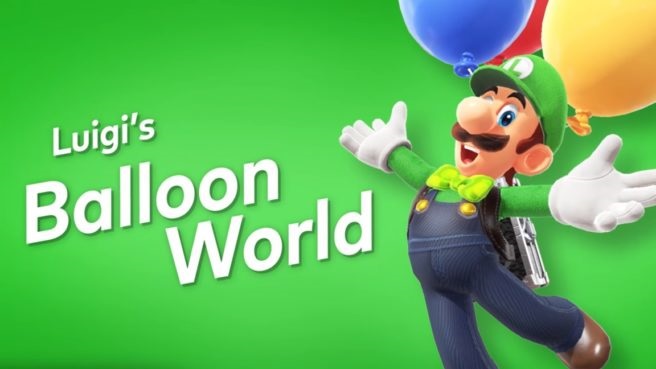 We’ve known for a while now that Super Mario Odyssey would be getting a free update that adds a new mini-game to the game, and now that update is officially live. Nintendo has released the latest update for the game, which brings the game up to version 1.2.0 and adds in the Balloon World mini-game and more.

The biggest addition that the update brings to the table is definitely the Balloon World mini-game, which has players either hiding or finding balloons throughout certain areas in the game. However, you must have completed the game in order to play the mini-game, and you access it by talking to Luigi in any of the game kingdoms. The following is a complete breakdown of the 1.2.0 patch notes:

Super Mario Odyssey is available now exclusively for Switch. The game released in October of last year, garnering critical acclaim across the board. It has gone on to become one of the highest-reviewed games of all time, and is easily one of the finest games available for Nintendo’s latest console.

Follow @GameSinnersLive
New Kingdom Hearts 3 Trailer Introduced at D23
Switch Just Barely Beats PS4 And Xbox One In NPD’s January 2018 Sales Report
We use cookies to ensure that we give you the best experience on our website. If you continue to use this site we will assume that you are happy with it.Ok