Capybara Game’s Below Should Be Out This Year, Supports 4K / 60fps On Xbox One X 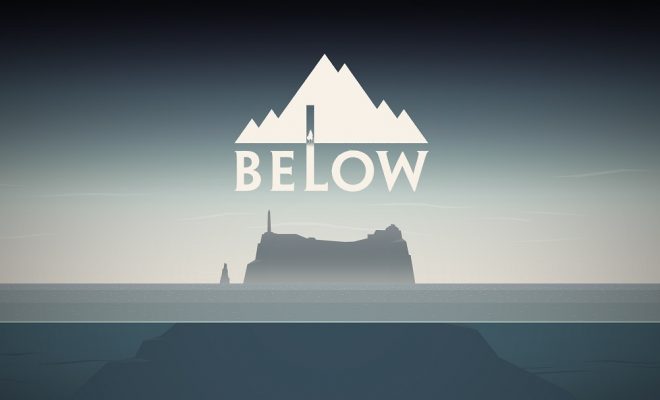 Capybara Game’s Below Should Be Out This Year, Supports 4K / 60fps On Xbox One X

The Xbox One hasn’t had a whole lot of exclusives to choose from lately, but that is changing this year as a number of games are on the horizon. Now another may potentially be added to the list, being Capybara Games’ Below. The game has received plenty of delays, but now the developer is saying 2018 should be the year it finally releases.

This news comes from a report from Engadget, with creative director Kris Piotrowski sharing some information on the action-adventure rogue-like. Piotrowski said that they couldn’t provide a specific release date just yet, but they are doing everything they can to get the game out in 2018. The team has “all the systems in place,” as they are now putting on the final touches to ensure the game is as good as it can be.

Those who are planning to play the game on Xbox One X will unsurprisingly benefit from some superior specs, with 4K resolution and 60fps framerate confirmed.

For those unfamiliar with Below, it is an action-adventure game viewed from a top-down perspective that has you controlling a tiny warrior exploring the depths of a remote island. Exploration is a main aspect of the game, though that is also coupled with survival. Environments will be randomly generated, and the gameplay itself is expected to be very challenging. Combat has been described as “brutal but fair” and permanent death is also featured. A multiplayer mode is also expected to be included.

Below was originally announced back in 2013, so it’s definitely about time that this intriguing game finally releases. It’s likely that we’ll be getting a lot more details on the game around E3 2018, with the game likely being a part of Microsoft’s E3 2018 press conference. We’ll be sure to bring you more information on the game as soon as it becomes available.

Follow @GameSinnersLive
Retailer Listing For Diablo 3 On Switch Appears
Ark: Survival Evolved Switch Release Date Set For Fall
We use cookies to ensure that we give you the best experience on our website. If you continue to use this site we will assume that you are happy with it.Ok