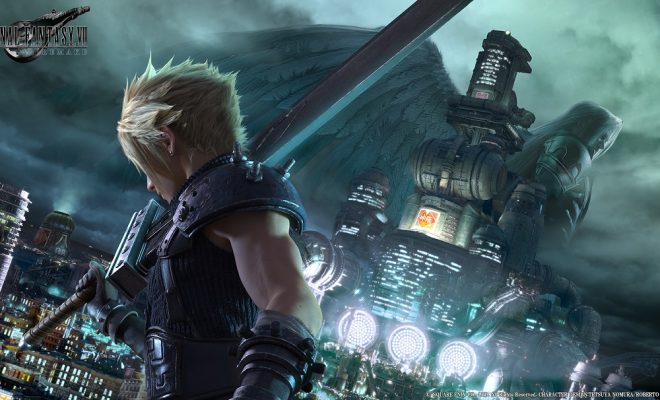 Each installment of the Final Fantasy series comes with lots of expectations  from its ever-growing fanbase, which is why the games typically take so long to make now. Final Fantasy 15’s development lasted about a decade, and even then many fans had plenty of criticisms for it. That game’s director, Hajime Tabata, has now talked about the upcoming Final Fantasy 7 Remake, and whether or not he would have directed it.

Hajime Tabata recently did an interview with GameRevolution, and the subject of his future projects came up. When he was asked about whether or not he could take the helm of the ongoing Final Fantasy 7 Remake, he said pretty plainly that we wouldn’t. He said the following:

“It’s such a special numbered game that I don’t think I can remake that one. There’s so many fans out there, if I were asked to satisfy all those fans, I don’t think that’s something I could do, 100%. If [Square Enix] asked me to make a new Final Fantasy and take it in a new direction, I’d be happy to accept that one, but if they asked me to remake Final Fantasy VII — to release as if it were a modern game, just released today — no, I don’t think that’s something I can do. I think the only people who could do that are Mr. (Yoshinori) Kitase and Mr. (Tetsuya) Nomura.”

However, he didn’t rule out the possibilities of working on other projects related to Final Fantasy 7, noting that he actually directed the critically-acclaimed Crisis Core: Final Fantasy 7. Tabata said that “[Crisis Core] wasn’t VII itself. It wasn’t the main game. Now, if they asked me to do Final Fantasy VII-2, that might be different.”

The pressure is definitely huge for the remake to live up to the hype, especially when considering that it has been something that fans have been begging years for. The game was originally announced during Sony’s E3 2015 press conference, though information on the game has been pretty minimal since then. The game does not currently have a release date, but it is in development for PlayStation 4 with releases on other platforms expected to happen afterwards.

Follow @GameSinnersLive
Star Wars Battlefront 2: Darth Vader’s Abilities Detailed
Nintendo Steps Up Switch Production To 2 Million Units Per Month To Meet Demand
We use cookies to ensure that we give you the best experience on our website. If you continue to use this site we will assume that you are happy with it.Ok