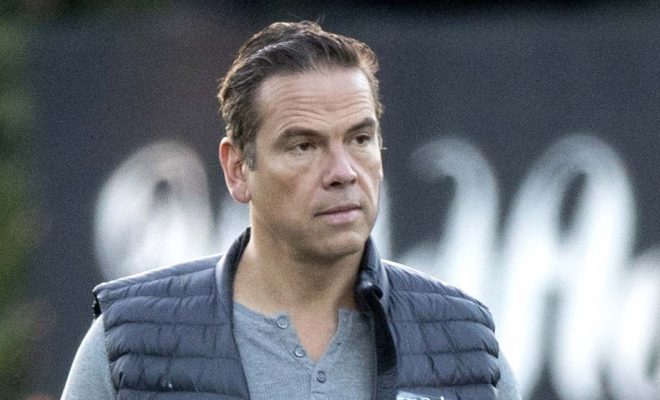 During an investor conference Thursday, Lachlan Murdoch predicted that his Fox News Network would be the big ratings winner with President Joe Biden in the White House.

Fox Corp. CEO Lachlan Murdoch says his Fox News Network will be the big ratings winner while President Joe Biden is in the White House.
“The main beneficiary of the Trump administration from a ratings point of view was MSNBC. That’s because they were the loyal opposition,” Murdoch told the Morgan Stanley Technology, Media and Telecom Conference during a virtual session that was webcast on Thursday.
“That’s what our job is now with the Biden administration. You’ll see our ratings improve for the next four years,” he added. Fox Corp. also saw its bottom line at Fox News and local TV stations benefit from the 2020 U.S. elections due to record political advertising, despite the novel coronavirus pandemic.
Murdoch addressed how Fox will maintain TV ad revenues into 2021 with no political election battles on the immediate horizon. The Fox Corp. boss argued Fox News was set to see its ad revenue return, while rival CNN would see its ad sales fall.
“As we projected, those spikes have now come back down to earth,” Murdoch said of political advertising jacking up revenues for cable TV news channels and local TV stations in U.S. battleground states.
On the streaming front, Murdoch insisted Fox Corp. was aggressively diving into the advertising video-on-demand (AVOD) space with Tubi, rather than competing with Hollywood behemoths like Netflix, Disney and Amazon in the subscription VOD market. “We’re not in the SVOD corral. Those companies are investing billions of dollars to fight out their position. We can win in a much more clever and careful way with AVOD,” he told the investor conference.
And as Fox Corp. negotiates with the NFL to renew its football rights packages, Murdoch hinted that his company may end up eventually just offering Sunday afternoon NFL games and giving up its Thursday Night Football games.
“In this negotiation, we’re balancing whether we have Thursday and Sunday, whether we just keep Thursday, or the most likely scenario is just keep Sunday,” Murdoch said. He added the negotiations with the NFL are still ongoing.
“It does feel like we’re getting toward the end of this negotiation. It’s been going a while. There’s no imminent announcement. It feels like we’re still apart on a number of issues,” Murdoch reported.

Follow @GameSinnersLive
Nicola Pagett, Actress in ‘Upstairs, Downstairs,’ Dies at 75
Netflix’s New Releases Coming in March 2021
We use cookies to ensure that we give you the best experience on our website. If you continue to use this site we will assume that you are happy with it.Ok