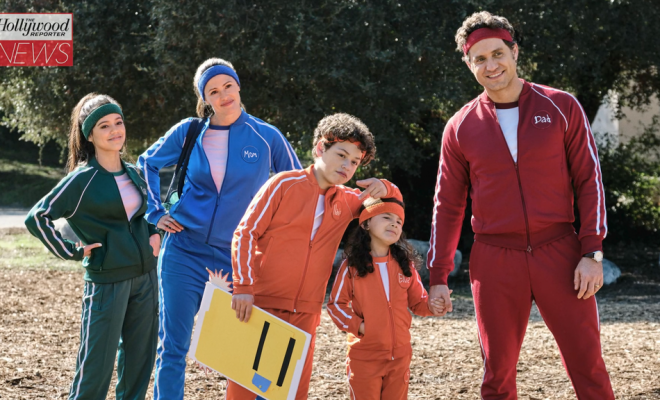 Michelle Obama, the Notorious B.I.G. and the college admissions scandal are just some of the big names and phenomena coming to Netflix this month.
The Notorious B.I.G. is the subject of the documentary, Biggie: I Got a Story to Tell; Michelle Obama appears in Waffles + Mochi, as the series’ eponymous puppet pals learn to cook with fresh ingredients as they explore international cultures and cuisines; and Operation Varsity Blues investigates the headline-making controversy involving sneaking children of the rich and famous into top colleges.
Original films hitting the streaming service throughout the month include Amy Poehler’s latest directorial effort Moxie, about a teen who publishes an anonymous zine calling out sexism at her school; the Jennifer Garner starrer Yes Day, based on the Amy Krouse Rosenthal and Tom Lichtenheld book of the same name where a family embarks on an adventure as the parents let their kids make the rules for 24 hours; and the hidden-camera prank film Bad Trip.
Other films being added in March include Batman Begins, The Dark Knight, At Eternity’s Gate, The BFG, Dances With Wolves, I Am Legend, Invictus, Nights in Rodanthe, Mandela: Long Walk to Freedom, Philomena, The Pursuit of Happyness, Rain Man, Safe Haven, Savages, Training Day, Two Weeks Notice, Year One and Crazy, Stupid, Love.
On the TV side, Katharine McPhee and Eddie Cibrian star in the family comedy about a country singer-turned-nanny, Country Comfort, as other new series debuting in March include true-crime docuseries Murder Among the Mormons, Last Chance U: Basketball, Marriage or Mortgage and Nailed It!: Double Trouble, in which two clueless cake artists team up.
Meanwhile, all four seasons of Big Time Rush will also be added later this month.
Missed what came to Netflix last month? Check out the February additions here.
Read on for the complete list of titles coming to Netflix this March.

Follow @GameSinnersLive
Fox Corp. CEO Says Ratings Will “Improve for the Next Four Years” During Biden’s Term
Royal Family Accused of “Double Standards” For Investigating Meghan Markle And Not Prince Andrew
We use cookies to ensure that we give you the best experience on our website. If you continue to use this site we will assume that you are happy with it.Ok