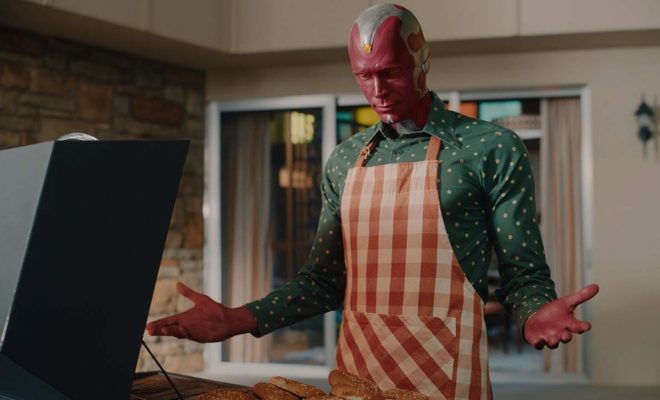 Downdetector, a site that tracks outages at major websites and streaming platforms, reported a huge spike in user-generated reports of Disney+ experiencing technical problems just after midnight Pacific Time. Downdetector tracked most of the problems for users located on the West Coast.

The finale of the Marvel Studios show starring Elizabeth Olsen, Paul Bettany and Kathryn Hahn became a hot commodity after Olsen alluded in an interview to an upcoming shocking guest appearance. Ever since, fans have been debating who the character could be, with many going back to comic storylines to prove their ventured guesses.

Friday’s finale marked the second time that WandaVision crashed Disney+, which has nearly 95 million subscribers around the world. Many fans have made it a point to stream the show the moment the new episode drops at midnight PT.

The nine-episode first season was a critical and fan success. It is not clear at the moment if the show will return. Olsen on Wednesday dropped by The Tonight Show and told host Jimmy Fallon the finale would answer a lot of questions viewers had been left with from previous episodes. She also noted she is currently working on the upcoming Doctor Strange in the Multiverse of Madness. That Sam Raimi-directed installment is due out March 25, 2022.

Follow @GameSinnersLive
Netflix: Movies and TV Shows Leaving in March
Berlin: ‘Fauda’s’ Laetitia Eido Joins Period Series ‘Nhiem’ (Exclusive)
We use cookies to ensure that we give you the best experience on our website. If you continue to use this site we will assume that you are happy with it.Ok