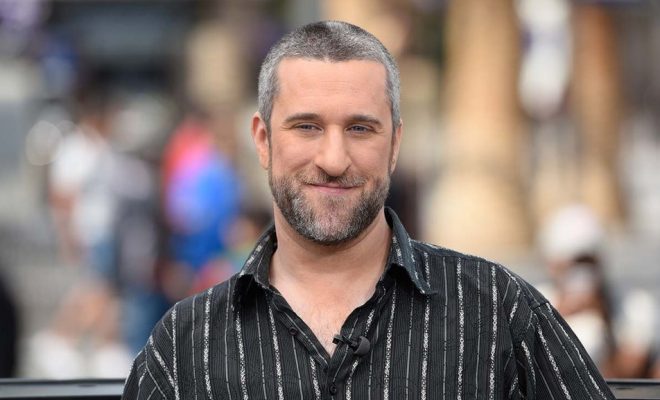 The actor was hospitalized in Florida earlier this week while he received diagnostic tests.

Former Saved by the Bell star Dustin Diamond has been diagnosed with cancer following recent hospitalization and medical tests in Florida.
Diamond’s personal appearance booking manager, Pink Daisy Entertainment, directed The Hollywood Reporter to a statement on the actor’s official Facebook page that read, “At this time we can confirm that Dustin does have cancer. Dustin will disclose more information once it is available and a plan moving forward is made.”
There were no further details provided. The statement noted a mailing address that cards and letters may be sent to, and further expressed, “We ask everyone to respect Dustin’s privacy during this difficult time. All positivity and prayers are appreciated.”
Earlier this week, Diamond was hospitalized in Florida after experiencing widespread pain in his body. At that time, a statement on his official Facebook page read, “Dustin is indeed going through some medical testing currently. We will release more information as it becomes available and appreciate all positive thoughts and prayers. This will your only place to get the official news on Dustin.”
Diamond’s Saved by the Bell costar Mario Lopez took to social media to share that he reached out to Diamond following the news. “I connected with Dustin earlier this evening and although the news of his diagnosis is heartbreaking, we remain positive that he’ll overcome this. Praying for him & his family and for a speedy recovery. God Bless,” Lopez tweeted alongside photos of himself with Diamond.
The actor, best known for his role as Screech in the teen sitcom Saved by the Bell, was last seen in the Funny or Die comedy series Zack Morris is Trash and workplace comedy Your Pretty Face is Going to Hell. He also works as a stand-up comedian.
Jan. 14, 7:47 p.m. Updated with Mario Lopez tweet

Follow @GameSinnersLive
‘The Mandalorian’ Tops Nielsen Streaming Chart for Dec. 14-20
‘WandaVision’ Reveiws: What the Critics Are Saying
We use cookies to ensure that we give you the best experience on our website. If you continue to use this site we will assume that you are happy with it.Ok