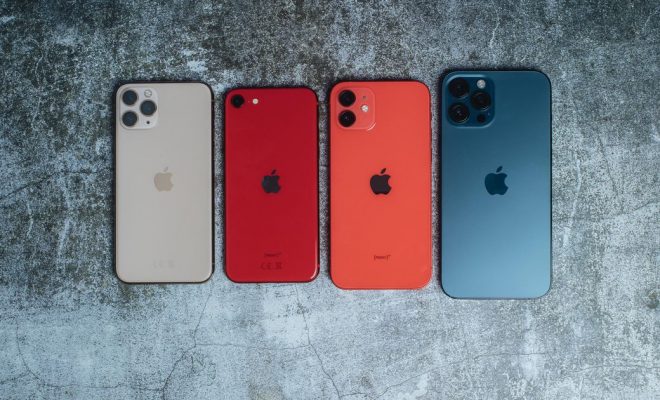 Apple’s iPhone 12 lineup has only been on virtual shelves for a few months, and already the mobile phone world has turned its attention to the iPhone 13 (or whatever Apple names its next flagship) and the three other variants expected to join the lineup: the iPhone 13 Mini, iPhone 13 Pro and iPhone 13 Pro Max, according to analyst Ming-Chi Kuo. The latest rumor: a 120Hz always-on display à la the Apple Watch (and like many Android phones have had for years).Rumors were circulating about Apple’s 2021 phone lineup even before the last Apple event, which unveiled the iPhone 12. And the leaks are only going to ramp up as we get closer to the next iPhone release date. Read on to find the latest rumors about the iPhone 13’s price, design, specs and more. We’ll update this story as new information becomes available.Read more: iPhone 13 vs. iPhone 12

Release date: iPhone 13 should be here by mid-SeptemberSo far, there’s no official or unofficial word on when we can expect to see Apple’s next iPhone. Usually, we can predict with some degree of accuracy when Apple’s iPhone events will occur and extrapolate a release date based on that. 2020 was a different story — it was the first September Apple event in eight years without an iPhone — thanks to delays in production due to the coronavirus pandemic. This year, however, Kuo is forecasting business as usual for Apple’s supply chain. If that’s the case, we can expect to see the iPhone 13 unveiled at an event sometime in September.Let’s synthesize the info we have: Apple likes to hold its events on Tuesdays or Wednesdays.iPhone release dates are typically a week and a half after Apple’s announcements.In general, new iPhones are released on a Friday, around the third week of September.A few years ago, CNET took a deep dive into the Apple event timeline and emerged with a compelling Labor Day hypothesis, which you can read about here. Based on the 2021 calendar, the Labor Day rule would put the September Apple event (and unveiling of the iPhone 13) on Sept. 8, with a Sept. 17 release date.

Name: Apple’s next flagship might not be called iPhone 13We’re going with the name “iPhone 13” for now, but the moniker is not a sure thing. Considering high-rise buildings tend to omit the thirteenth floor from their elevator buttons for superstitious reasons, Apple could very well succumb to its own triskaidekaphobia and skip the number 13. iPhone 12S is a worthy guess for the name of Apple’s next generation of iPhones. Just as 2014’s iPhone 6 gave way to 2015’s iPhone 6S and 2017’s iPhone X preceded 2018’s iPhone XS, without a major redesign in the works (more on that below), the 2021 iPhone is just as likely to be positioned as an improvement on the iPhone 12.Or maybe Apple takes a page out of Samsung’s book and names its next phone after the year of its conception: iPhone 2021 has a nice ring to it. Or what about the iPhone XXI? Or, dare to dream, Apple could go in a completely different direction and name it something fun, like the Motorola Citrus or LG Chocolate of yore.Price: iPhone 13 could cost the same as iPhone 12… or even lessApple’s iPhone 12 lineup included four phones at four different prices, with even more variation among carriers and storage configurations. At launch, the baseline iPhone 12 carrier model cost $799, an increase of $100 from 2019’s iPhone 11, largely due to the addition of 5G support. Because the iPhone 13 is not expected to have such a major technical upgrade, analysts are predicting a similar price structure for 2021.
GIF by Caitlin Petrakovitz/CNET
Here’s the iPhone 12’s US pricing, for reference:

Apple’s 2020 iPad Air, announced last September during what normally would have been an iPhone unveiling event, integrated a Touch ID button onto the side of the device. This addition was exciting because it solved the “Face ID doesn’t work while wearing a mask” problem without ceding screen real estate. An under-display button would solve the problem, too, though it remains to be seen whether the tech will be ready in time for the iPhone 13. (Meanwhile, those who own an Apple Watch will have yet another option for masked iPhone-unlocking, once iOS 14.5 becomes available.)As we near the purported September iPhone announcement, we’ll keep this post updated with all the iPhone 13 leaks, rumors and other speculation as it comes up, so check back. And in the meantime, here’s what you should know about the iPhone 12:

Follow @GameSinnersLive
Apple now shows repairability scores for iPhones, MacBooks in France
2021 MacBook Pro: What to expect – Video
We use cookies to ensure that we give you the best experience on our website. If you continue to use this site we will assume that you are happy with it.Ok