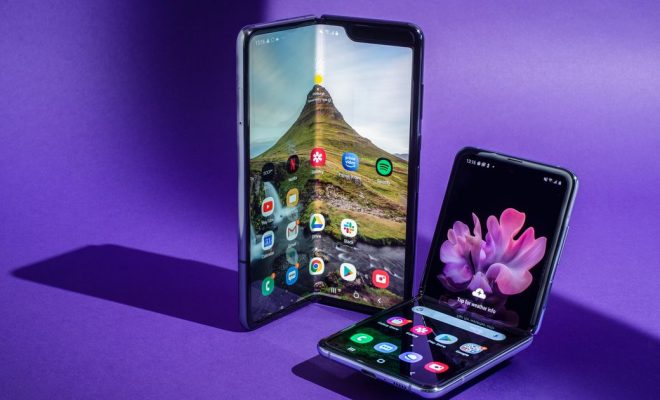 Let’s face it, mobile phones, even the best ones, just aren’t that exciting anymore. They’re all way more powerful than we really need, they all have nifty multi-lens cameras and they all look essentially the same. I really hoped that folding phones would give a much needed shot of adrenaline to the industry, but well over a year on from their arrival, they’ve fizzled out like a damp firework and left me feeling disappointed. I’ve worked for CNET for a decade and most of that time I’ve specifically covered mobile phones. I’ve seen a lot come and go. I’ve seen the rise and fall of BlackBerry, I’ve seen weird phone ideas like the Russian Yotaphone with its e-ink second screen and I saw the brief trend of curved phones like the LG G4 and Samsung’s Galaxy Round. But in recent years it’s seemed that genuine innovation has been put aside, with every company clamoring to make what could easily be revisions of the same product.

Think about these phrases: “A big, vibrant screen,” “A great multi-rear camera setup,” “An attractive metal and glass design.” Can you think of many phones that those sentiments couldn’t be applied to? The result is that all the phones are pretty good, but it means that they’re also equally boring. Each year’s refresh adds a few megapixels onto the camera, or an extra bit of screen size. Or a slight tweak to a design that, fundamentally, remains just a rectangular slab.  The LG G5 came apart. And then so did LG’s mobile business.
James Martin/CNET
I get it. Innovation is expensive and spending millions of dollars researching a new idea means you need a guarantee that it’s going to sell well. LG found this out to its cost with phones like the weird, modular G5, which didn’t sell well and now the company is reportedly looking to sell off its phone business.  So when folding phones came along my spirits lifted. Here was innovation. Here was this new technology which genuinely took me back when I saw it in person for the first time and left me excited again for the possibilities of what phones could become. I know I’m not the only one who loved that idea of the phone that you wear on your wrist like a watch and unfold it when you need the bigger screen. But where is that?  The foldables we do have are… fine. The Galaxy Z Flip and Moto Razr’s clamshell design is neat in that it makes a big-screen phone more pocketable by folding in half, while the Galaxy Fold 2 and Huawei Mate X are essentially tablets that fold in half to become phones, which is fine, too.  The Samsung Galaxy Fold and Huawei Mate X are both essentially tablets that fold into phones.
Andrew Hoyle/CNET
But beyond the bending screen, they haven’t really pushed any boundaries. They haven’t changed the way we use our phones or brought any revolution that’s so groundbreaking that it alters the face of mobile altogether. They use the same version of Android, with only a few small tweaks to some apps to give a bit of additional functionality, but little beyond that. Really, they’re the same phone as before, but you can fold them in half. I find it very telling that I have the Galaxy Fold and Z Flip in my house, but they’re in a drawer among other past phones and I don’t have any great desire to get them out again. And you pay handsomely for that one fold feature as all folding phones cost significantly more than their respective manufacturers regular flagships. This, in turn, means that adoption is low, which gives those companies — or third-party developers — little incentive to think of new and creative ways to use this technology. In time, folding phones may well be cast into the pile of other gimmicks, alongside banana phones, Samsung’s camera/phone hybrid and 3D phone displays.  But I hope not. I hope that it sticks around and evolves into something useful and exciting. Frankly I hope that Apple takes up the cause as it does have a tendency of only adopting new technology when they can put it to a genuinely useful use, although perhaps not always (I’m looking at you, 3D Touch).  The original Galaxy Fold was interesting, but it had its problems.
Andrew Hoyle/CNET
But most of all I hope that any mobile company isn’t afraid to try and innovate and do something a bit different. Phones used to be fun, and phone launch events were genuinely exciting to see what awesome new tech would be unveiled this time.  That excitement isn’t where it used to be. It’s an ember flickering at the bottom of the fireplace now, with each generic phone launch threatening to be the bucket of sand that could put it out completely. There is a chance that folding phones could yet be the kindling that turns that ember back into a roaring inferno, but I’m not crossing my fingers.

Follow @GameSinnersLive
Best Android phones to buy for 2021
HBO Max: How to watch Tom and Jerry, Snyder Cut and everything else to know
We use cookies to ensure that we give you the best experience on our website. If you continue to use this site we will assume that you are happy with it.Ok