Jelly, the Tiny 4G Smartphone Raises More Than 900% of Its Goal on Kickstarter 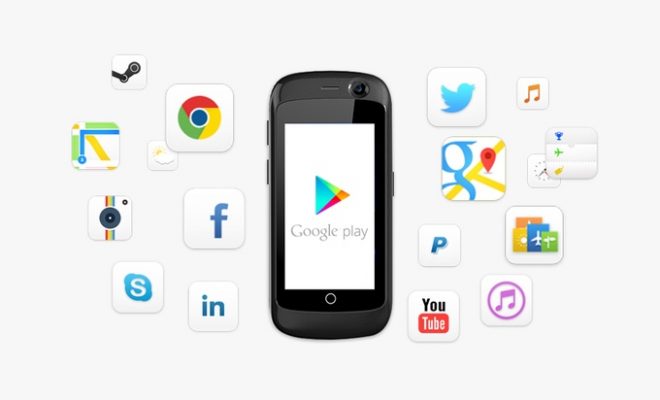 Jelly, the Tiny 4G Smartphone Raises More Than 900% of Its Goal on Kickstarter

The trend in smartphones nowadays seems to be “the bigger the better”. Jelly comes to contradict this. It is the smallest 4G smartphone we’ve seen lately, and it raised more than 900% of its goal on Kickstarter. This proves that some people actually are interested in owning really small and comfortable handsets. Of course, this smartphone is not suitable for playing video games on it, but it is perfect for making and receiving phone calls and even check your urgent emails. The best thing about it is that it can fit in the tiniest pocket.

Even though at first glance the jelly looks like a toy phone, it is actually quite powerful. We’ve seen mid-rangers with less memory and weaker processors. This tiny beast sports a quad-core processor clocked at 1.1GHz and includes up to 2GB of RAM. The less impressive version of the handset offers 1GB of RAM and 8GB of internal storage. Surprisingly, the Jelly has two SIM card slots and an additional microSD card slot for extra storage. It supports up to 256GB of external storage, which is quite impressive for such a tiny device. Its 950mAh battery may be really small compared to the ones of current flagships, but given the size of the Jelly, it is able to ensure up to three days of average use.

The smartphone, just like any other handset on the market nowadays, features two cameras. The back camera has an 8MP back camera and a 2MP front-facing one for video calls and for selfies. This handset might be a tiny one, but it runs on Android 7.0 Nougat and thus, can access all the apps one would usually have on a regular smartphone. Overall, the Jelly looks like a toy but acts like a regular smartphone. Of course, due to its small size, it is not the perfect device for everyday use. Its 2.45-inch display is just too small to be comfortable to use on a daily basis. Even so, it can become a great secondary handset. It is extremely easy to carry around, so it is just the right gadget for exercising or for a night out.

At this point, the handset is not available in stores. If the crowdfunding campaign goes well, and so far it seems it does, the handset will start shipping in July. The first ones to get their hands on it will be the ones who funded the project. The retail price of the product will be around $113.

Follow @GameSinnersLive
Overwatch PTR Patch Nerfs Reinhardt & Soldier: 76, Buffs Genji & Hanzo
OnePlus 3T Midnight Black Officially Sold Out
We use cookies to ensure that we give you the best experience on our website. If you continue to use this site we will assume that you are happy with it.Ok