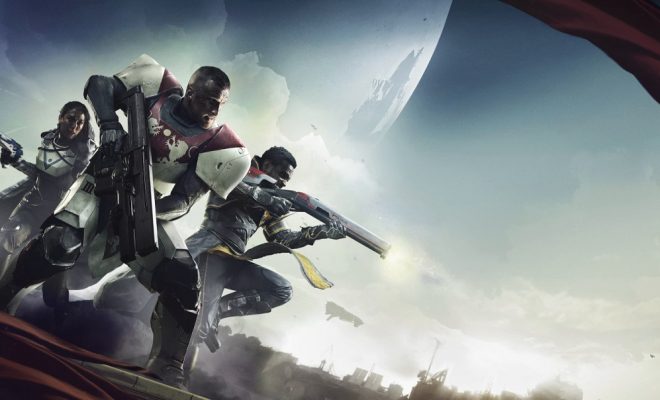 Destiny 2 just launched earlier this week, but it should be a surprise to no one that there’s some extensive DLC in the works. While it typically takes a little longer than this after a game’s launch to start hearing about DLC, thanks to the Xbox Store we have some early information on the game’s first DLC.

The DLC in question is called Curse of Osiris, and it will be taking players to a brand new destination. The following is an overview provided by the leaked listing:

“Destiny 2 Expansion I: Curse of Osiris continues your Guardian’s journey with all-new story missions and adventures set in a new destination, Mercury. Journey through time and space to learn the secrets of Osiris, avert a dark future, and rebuild the ties between the legendary Warlock and his greatest student–Ikora Rey.”

Along with the overview comes a features list, which gives an idea of what players can expect to get overall with this DLC. It is the following:

A release date for the Destiny 2 DLC was not provided with the leaked listing, so it looks like we’re going to have to wait for an official announcement for that. However, seeing as all of this information has been unceremoniously revealed, it could end up resulting in Bungie pulling the trigger earlier than originally anticipated. Whatever the case may be, we’ll be sure to keep you updated as soon as more information becomes available.

Destiny 2 is easily one of the most anticipated games of 2017, as the first game was a huge success despite it initially getting off to a rough start. However, Bungie took many of the issues that fans expressed to heart to make the following DLC better, and that has all culminated in a full-blown sequel that launched earlier this week. While we’re still waiting for the majority of the reviews to come in due to many websites taking extra time to test the game’s servers, the early buzz seems to suggest that this is a big improvement over the first game.

Destiny 2 is available now on PlayStation 4 and Xbox One, whereas the PC version will launch on October 24th.

Follow @GameSinnersLive
Little Nightmares Complete Edition Release Date Set, Out Next Month
Lawbreakers Big 1.3 Patch Out Today
We use cookies to ensure that we give you the best experience on our website. If you continue to use this site we will assume that you are happy with it.Ok