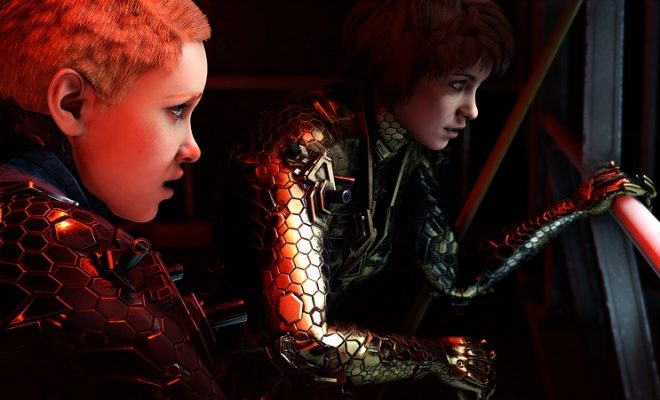 The Wolfenstein series is set to continue in just a couple of months, with Wolfenstein: Youngblood serving as the follow-up to Wolfenstein 2. The follow-up stars protagonist BJ Blazckowicz’s twin daughters as they search for him after he goes missing in Nazi-occupied Paris. It’s still a little bit of a wait until launch, but the pre-order for the deluxe edition has received a discount.

Amazon is currently offering an 18% discount for the PS4, Xbox One and Switch versions of the game, which brings the price down to $33 for all platforms. It may not be a massive drop, but considering we’re still a couple months from launch it’s worth taking advantage of if you’re planning on picking the game up anyway. The following is a list of links for each platform.

For those unfamiliar with the game, the following is an overview from the Steam page:

“Nineteen years after the events of Wolfenstein II, BJ Blazckowicz has disappeared after a mission into Nazi-occupied Paris. Now, after years of training from their battle-hardened father, BJ’s twin daughters, Jess and Soph Blazkowicz, are forced into action.

Team up with a friend or play alone. Level up, explore, and complete missions to unlock new abilities, weapons, gadgets, cosmetics, and more to complement your playstyle and customize your appearance.

Wolfenstein: Youngblood features the most open-ended Wolfenstein experience to date. From a new base of operations located deep in the heart of the Paris catacombs, plan how and when to attack and dismantle the Nazi regime.”

Follow @GameSinnersLive
Art Of Darksiders 3 Cover, Price, Release Date Detailed
Persona 5 The Animation Material Book – Price, Cover, Release Date
We use cookies to ensure that we give you the best experience on our website. If you continue to use this site we will assume that you are happy with it.Ok