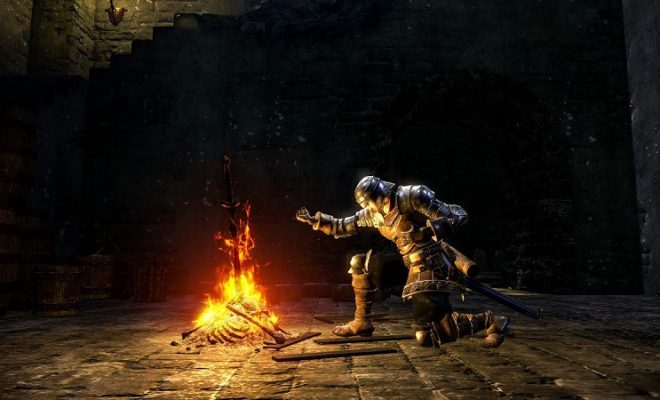 From Software’s Critically-acclaimed Souls series came to an end in 2016, which marked the end of the series for the time being. If you’ve never played any of the games or would just live to have them all in one package, the Dark Souls Trilogy is officially available now.

The set includes all three games along with all of the DLC ever released for each installment. These are all packaged in a steel book case, which is sure to be a hit with collectors.

“For the first time ever, own all three critically-acclaimed Dark Souls games and all associated DLC content in one 3-disc collection. Enter the epic dark fantasy universe stricken by decline and the Curse. Explore the intricate world designs and deeply rooted lore. Each play through surprises with new challenges and discoveries. Play with hundreds of unique combinations of weaponry, armor, magic, and crafting options to create your own play style and gaming experience. Includes: Dark Souls Remastered main game & Artorias of the Abyss DLC, Dark Souls II game & all three DLC: Crown of the Sunken King, Crown of the Old Iron King, and Crown of the Ivory King, Dark Souls III experience & both DLC chapters: Ashes of Ariandel and The Ringed City.”

The set is available now for PlayStation 4 and Xbox One, with the price being $79.99.

Follow @GameSinnersLive
Wreckfest PS4/Xbox One Release Date Pushed Back To 2019
Castlevania Requiem PS4 Download File Size
We use cookies to ensure that we give you the best experience on our website. If you continue to use this site we will assume that you are happy with it.Ok