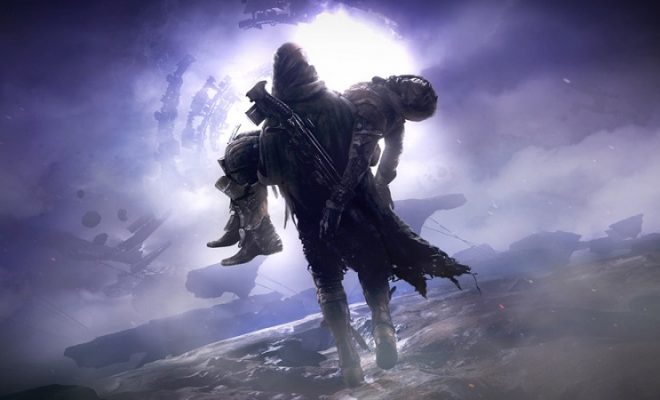 Destiny 2’s next expansion called Forsaken is coming in a couple of months, and now the Entertainment Software Rating Board has released their official rating description for the expansion. The expansion ended up getting a Teen rating for Blood, Language and Violence.

The following is the complete rating description from the ESRB:

“This is a first-person shooter in which players assume the role of a group (Guardians) defending humanity against an alien force. Players travel across futuristic landscapes and planets to battle a horde of alien creatures. Players use pistols, machine guns, rocket launchers, and various elemental weapons (e.g., flame sword, lightning staff) to kill enemies. Battles are frenetic and are accompanied by realistic gunfire and large explosions.

Cutscenes sometimes depict dramatic spaceship battles and characters getting shot, electrocuted, and strangled. Splashes of red blood occasionally appear on the screen when players are injured, and some creatures emit splashes of black liquid when killed. The word “a*shole” is heard in the dialogue.”

Destiny 2: Forsaken is set to launch on PlayStation 4, Xbox One and PC on September 4th for $39.99. It will be the third major expansion that the game has received, with the first two being Curse of Osiris and Warmind. Both of those expansions received generally mixed reviews, with many feeling that they didn’t bring enough meaningful content to be worth the price.

Follow @GameSinnersLive
Super Smash Bros. Ultimate GameCube Controller Packaging, Price, Release Date Detailed
Call Of Duty: Black Ops 4 Private Beta Dates Revealed
We use cookies to ensure that we give you the best experience on our website. If you continue to use this site we will assume that you are happy with it.Ok