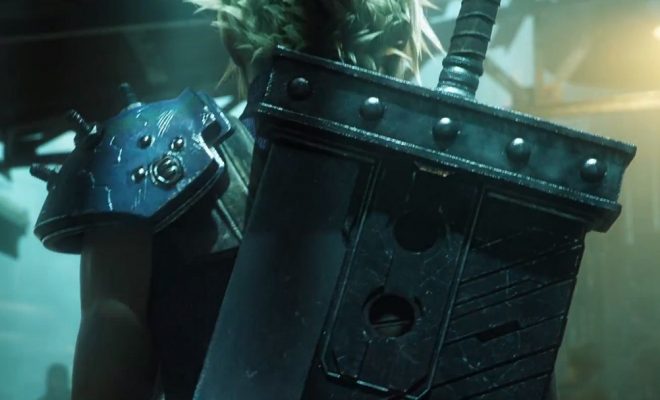 It’s safe to say that the Final Fantasy 7 Remake is one of the most anticipated games on the horizon, with fans begging for a remake for years. While the brief footage that we’ve seen so far from the game has been promising, it looks like those running the development have been tweaking things since their initial reveal, which includes Cloud’s appearance.

It was revealed during a talk show at the Final Fantasy “Farewell Stories” 30th Anniversary Exhibition that Cloud’s appearance has been changed. Development lead Naoki Hamaguchi said that the new design “finally got the OK from [director Tetsuya] Nomura. Nomura feels that the new design is the closest they have gotten to the original design of Cloud from the PSX era, which is sure to please longtime fans.

The bad news here is that these new screenshots were exclusive to this event and taking pictures was forbidden. On top of that, Square Enix has said that they do not plan to release the new appearance of Cloud for quite some time, so it looks like we’re going to have to play the waiting game. However, some buzz has trickled out from the event, and it looks like those who were lucky enough to see the new images were pleased with what they saw.

When we first received footage from Final Fantasy 7, Cloud’s appearance looked very similar to that of his design in the movie Advent Children. While this design is liked by many and seemed to be well-received at the time, it looks like the team involved here want something a little more reminiscent of the original. It would make sense for them to go that route, but until we can see what they came up with ourselves it’s hard to really form an opinion on it.

Final Fantasy 7 Remake has been in development for quite some time, with the game originally being revealed back at E3 2015. We haven’t gotten too many updates on the game since then, but we heard a while back that the developers were planning on releasing the game in episodic form. While this news was met with a mixed response, the developer ensured everyone that each part would be the size of a full game. The release date for the game remains up in the air, with the developer still being unable to pin down even a release window.

Follow @GameSinnersLive
Ni No Kuni 2: Revenant Kingdom Collector’s Edition Guide Cover, Price, Release Date & More Detailed
Kingdom Come: Deliverance PS4 File Download Size Revealed
We use cookies to ensure that we give you the best experience on our website. If you continue to use this site we will assume that you are happy with it.Ok