Arms Adds Max Brass To Its Roster Next Week 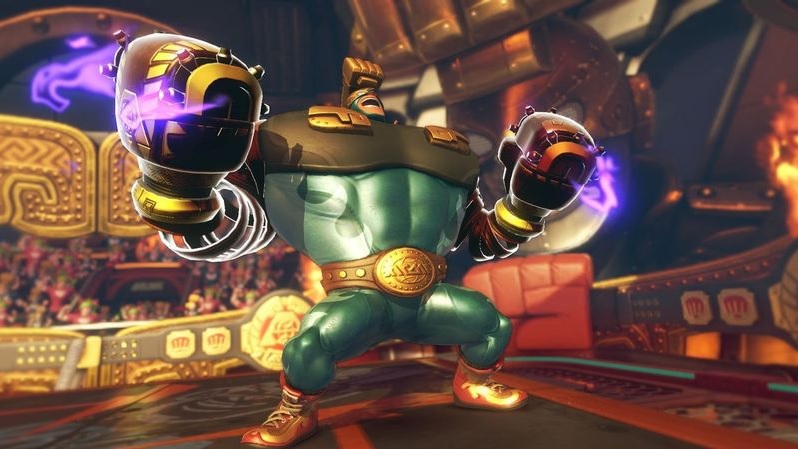 Arms Adds Max Brass To Its Roster Next Week

We learned recently that Arms would be getting an update that would add the boss character Max Brass to the game’s roster, and now we know when we can expect to be able to download it. Nintendo has revealed that the character will be available to download along with the update next week on July 12th.

The company made the announcement on Twitter, while also sharing a gameplay clip that shows the character off in action. He definitely looks like he’ll be packing quite a punch for anyone who decides to play as him, though it will be interesting to see how the developers balance him in order to make the fights fair. It’s definitely a given that he won’t be as powerful as he was in boss form, but we’ll just have to wait until the update is live before we know how much he was nerfed.

Last week the game received a new update that brought the game to version 1.1.0, and you can check out the patch notes for it below.

Follow @GameSinnersLive
Miyamoto: Many Consumers Are Looking For More Variety Rather Than High Performance
Nioh Defiant Honor DLC Out Later This Month With New Weapon, Armor, Yokai & More
We use cookies to ensure that we give you the best experience on our website. If you continue to use this site we will assume that you are happy with it.Ok