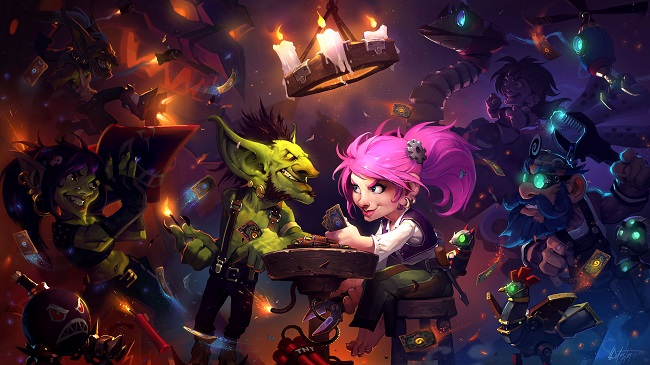 Blizzard’s Hearthstone is still going strong, with the popular Collectible Card Game (CCG) being played by millions across a variety of different platforms. While it has certainly gotten some major updates in its lifetime, the most recent one is relatively small when all is said and done.

The update in question is 8.0.4, which brings minor text changes to the game. While not a whole lot of information was given regarding the update, we did get some patch notes through the App Store. These notes claim the developer “resolved several card localization errors” and “addressed an authorization issue with iOS purchases.” Definitely nothing major, but for all of you out there bugged by localization errors this update will probably put your mind at ease.

It was recently revealed that the game will be getting an update that will increase the win cap for all heroes. Many players have been bothered by the fact that the game only tracks up to 500 wins per hero, despite players potentially having many more by this point. The good news is that the win cap is being removed entirely, as the game will now track wins no matter how high you go.

This tweak to the way the game tracks wins for players will be very welcomed, especially for those who have been playing regularly since the game’s launch. Some players are just generally curious to see how many wins they’ve gotten with each of their heroes, and the fact that the game stops tracking at 500 is a little strange. While we don’t have an official release date for when this update will go live, the developers have noted that it will be coming to the game soon.

Hearthstone is available for PC, iOS and Android, and originally launched across all three platforms in 2014. The game was reported as having over 50 million players as of last year, with that number only continuing to grow.

Follow @GameSinnersLive
Ark: Survival Evolved Major Console Update v506 Out Today
Doogee Mix Could Be As Cheap As $200
We use cookies to ensure that we give you the best experience on our website. If you continue to use this site we will assume that you are happy with it.Ok