From PS5 to Ford F-150: How a global chip shortage is ‘impacting everything’ 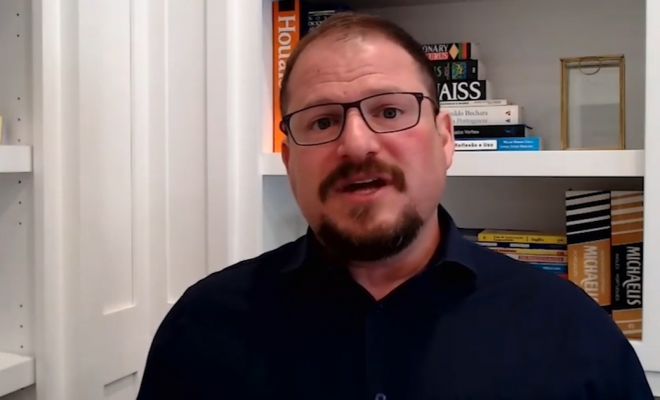 From PS5 to Ford F-150: How a global chip shortage is ‘impacting everything’

The biggest news in the automotive industry right now isn’t new electric vehicles or Tesla CEO Elon Musk’s latest comments. It’s a major semiconductor shortage that’s hurting automakers across the globe. Because Ford, General Motors, Toyota and others can’t get certain electronic components they need, they’re cutting production on vehicles like the Ford F-150.And it’s not just cars. There also are shortages in chips for Sony Playstation 5 and Microsoft Xbox Series X consoles, and people have been camping out — during a pandemic — to buy Nvidia’s graphics processors. Even Qualcomm, the world’s biggest mobile chipmaker, can’t get enough processors to meet the demands of its handset customers.It’s this situation — more than competition or a lukewarm consumer reception to 5G — that worries Qualcomm’s incoming CEO, Cristiano Amon. The 50-year-old Brazilian has been at Qualcomm since 1995 and became president in 2018. He’ll become only the fourth CEO in the 36-year-old company’s history when he takes over the helm from Steve Mollenkopf in June. With that role will come pressure to not only keep Qualcomm as the leader in mobile chips, but also expand the company into new markets with its 5G connectivity.

Chip supplies are scarce, and it may not get better till…

“If you asked me, ‘what keeps me up at night?’ right now [it] is this supply chain crisis we’re having in the semiconductor industry,” Amon said in a wide-ranging interview with CNET. While it’s happening because there’s high demand for tech products, he said, “it is causing a lot of stress as the supply chain was not prepared to deal with the growth.” And the shortages likely will continue until late 2021, Amon added. When the novel coronavirus pandemic hit last year, people stayed at home and stopped shopping. Factories closed, and companies pared back orders. But then demand roared back faster than anyone expected, especially for devices to help people work and attend classes from home. Apple couldn’t meet the demand for its iPhones, computers and webcams sold out virtually everywhere, and schools couldn’t get devices they needed for at-home instruction. Amon described it as a “V-shaped recovery:” a huge dropoff in purchases, followed by a rapid return of demand. But component manufacturers couldn’t keep up with the surge. Automakers’ just-in-time manufacturing strategy, which has long benefited them, backfired. When the pandemic hit, they canceled orders, only to find the supply wasn’t available when demand returned.”As more and more devices have gotten digital over the years — cars are the best example — the amount of semiconductor demand has grown to the point that people are battling over capacity that’s available,” Technalysis Research analyst Bob O’Donnell said. At the same time, Huawei’s decline in the phone market has impacted the technology industry. Last summer, the Chinese company became the world’s biggest phone maker for a quarter, the first time in nearly a decade that Apple or Samsung hadn’t held the title. But US sanctions against Huawei are hurting its ability to sell devices, opening an opportunity for other Android handset makers to woo its customers. That creates even more demand for processors from companies like Qualcomm, but the supply chain wasn’t prepared for it, Amon said.
“We have an incredible crisis in the supply chain.”
Cristiano Amon, Qualcomm’s president and incoming CEO

“So you add all of this together, we have an incredible crisis in the supply chain,” Amon said. The shortage is “impacting everything, and of course [is] impacting phones.”Here’s what else Amon said in the interview. On building chipsIf there’s a shortage, why not build more factories to produce chips? The Biden administration last week said it would review critical supply chains, including semiconductors, over the next 100 days, as well as allocate $37 billion to boost chip manufacturing in the US. “Recently, we’ve seen how a shortage of computer chips … has caused delays in production of automobiles that has resulted in reduced hours for American workers, a 21st-century horseshoe nail,” President Joe Biden said last week. “We need to make sure these supply chains are secure and reliable.”Here’s the rub: It costs billions of dollars to construct new fabs, and they can’t go up overnight. Most advanced processors are built overseas.Most chipmakers like Qualcomm don’t actually build their own semiconductors. They design their processors and then hire companies like Samsung and Taiwan Semiconductor Manufacturing Company, better known as TSMC, to actually manufacture them in factories called fabs.

Biden’s push to build chips in the US won’t help things now. It takes about 12 to 18 months to build new semiconductor manufacturing capacity, Amon said, and what will end the shortage is capacity that companies are already putting into place. “This is going to get better as we get to the end of 2021,” Amon said. “But the importance of this is to call attention and make sure that we have … [a] robust supply chain, and investments are made … across a number of technologies.”Qualcomm, for one, won’t be constructing fabs to build its own processors, Amon said. It operates some of its own factories in Germany for its RF components, but it relies on Samsung and TSMC to manufacture the Snapdragon chipsets that power most of the world’s high-end Android phones. “We’re very good at designing chips, and we’re very good at implementing technologies for a very fast pace of innovation,” Amon said. “Manufacturing of semiconductors is a whole different expertise.”Taking the reinsWhen Qualcomm on Jan. 5 announced that Amon would become the company’s next CEO, the timing surprised many tech experts. Mollenkopf, who will serve as a strategic adviser for a period of time, is only two years older than Amon, and the company had resolved issues like a licensing dispute with Apple, antitrust investigations and a hostile takeover attempt by Broadcom. It turns out the timing also surprised Amon. He only found out about his promotion three days before it was publicly announced and a day before Qualcomm’s board unanimously approved his appointment. “There was a succession plan in place … and as the president of the company, I was the internal candidate,” Amon said. “The decision really … was made by the board and Steve around the time that I was informed so it wasn’t something that was in the works for a while.” He added that the announcement was “natural” given that Qualcomm was “in a stable position and looking for what the company is doing to be doing into the future.”

What Amon will focus on when taking over as CEO will be much of what he’s already overseen: “5G will continue to be priority No. 1, No. 2, No. 3,” Amon said. That includes expanding the technology beyond phones into industrial robots, smart cities, fixed wireless, PCs, cars and various other sectors. “5G is one of the greatest opportunities we have in the history of the company,” Amon said. Arm’s importance — and independence Even before officially taking over as CEO, Amon led Qualcomm’s $1.4 billion bid for Nuvia, a chip startup founded by former Apple executives. Qualcomm plans to use Nuvia CPUs — the brains of devices — in everything from its smartphone chips to its laptop processors and automotive components. That could mean much more powerful and battery-efficient Samsung Galaxy smartphones, Lenovo laptops and General Motors cars. And importantly, Qualcomm will rely on Nuvia’s expertise to design new processor cores to address future technology needs. “Off-the-shelf is not going to be enough going forward,” Creative Strategies analyst Carolina Milanesi said. “Having that vertical integration will give them a better opportunity to differentiate themselves.”
“The strength of the Arm roadmap is its independence.”
Cristiano Amon

While Nuvia and Qualcomm both use technology from British chip designer Arm, Qualcomm licenses the cores from Arm and Nuvia designs its own. It allows the startup to customize them for high performance and power efficiency better than Qualcomm is able, as well as makes it less reliant on Arm, which is being acquired by Nvidia for $40 billion. That’s important as mobile-like chips expand to more areas, as 5G becomes widespread and as consumers and businesses demand more and more battery life from their devices. Apple also designs its own Arm-based processor cores, which allowed it to introduce its popular M1 Macs. “I am now beyond convinced that the future of computing is going to be based on a mobile [chipset], that we’re going to have convergence,” Amon said. And to address that future, where everything from cars to robots use mobile processors, Qualcomm has to be able to make its chips more powerful and tweak them for the features its customers need. The “Arm roadmap does not allow us to lead in the CPU performance for the next-generation computing devices,” Amon said. “We needed to have a roadmap to lead in that transition.”At the time of the acquisition offer in January, Nuvia didn’t yet have working CPUs in production. Amon declined to say when the first Nuvia cores could make their way to Qualcomm products but said “as soon as we close [the acquisition], you’re going to hear from us.”Opposing the Nvidia-Arm dealEven as Qualcomm aims to reduce its reliance on Arm, it opposes Nvidia’s proposed acquisition of the British chip designer. “The strength of the Arm roadmap is its independence,” Amon said. “Nvidia does not need to buy Arm to do what they said they’re going to do.”When Nvidia launched its bid for Arm in September, it said it wanted to combine its AI prowess with Arm’s “vast ecosystem” to make the best technology for customers. The company said in a statement in response to Amon’s comments that it “want[s] to be a catalyst for the whole Arm ecosystem to grow — we can’t achieve that as a licensee. An architectural licensee, such as Qualcomm, won’t share its technology with the whole Arm ecosystem — it designs for itself. We’re going to make new technology available to all of Arm’s licensees, faster than before, to help the whole Arm ecosystem grow in the AI era. We’re going to ensure that world-class CPUs are available to all Arm licensees and not just a few with great scale.”Amon disputed the argument that Nvidia needs to buy Arm to help Arm compete with Intel and its X86 architecture. Benchmarks of Apple’s Arm-based M1 Mac processor show it beating the performance of Intel-powered Mac Pro models. “The Arm ecosystems thrives … and creates incredible competition across the globe because it’s independent,” Amon said.

Follow @GameSinnersLive
Chairs Technica: We review two new models from Anda Seat
Typing my way down the mechanical keyboard rabbit hole with the Drop CTRL
We use cookies to ensure that we give you the best experience on our website. If you continue to use this site we will assume that you are happy with it.Ok