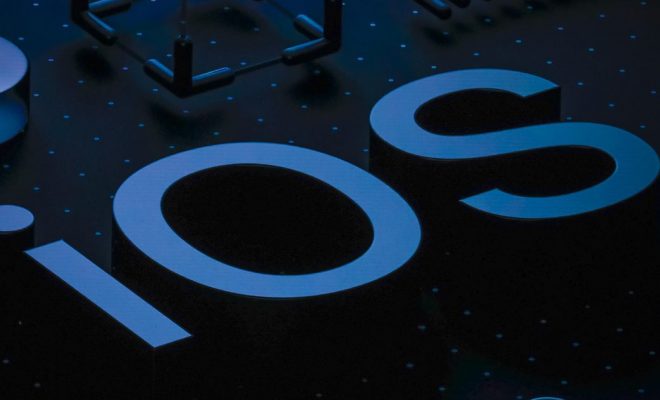 iOS 14 will get some new features in this month’s release.
James Martin/CNET

iOS 14 was first released in September 2020, ahead of the launch of the iPhone 12. New versions of Apple’s mobile operating system have come out once a month since then, with new features and bug fixes. The latest version — iOS 14.4 — was released on Jan. 26. iOS 14.5 is likely going to arrive later this month; the public beta version is available right now. The latest version of the OS will include new features that make it easier for you to unlock your phone while wearing a mask (so long as you also own an Apple Watch ($169 at Amazon)), and that require apps to ask for user permission before tracking data and activity.

Here’s everything we know about iOS 14.5 so far, including when it will be generally available to download, and what new features you can expect. Read more: iOS 14’s best new iPhone featuresWhen is the iOS 14.5 release date?The latest version of Apple’s operating system, iOS 14.5, is now available as a public beta. That means you can download it, but it may contain some bugs, as Apple is still working on it before its final release. We don’t recommend downloading any beta on the device you use regularly. Apple doesn’t publicly announce when it will release a new version of iOS, but we can follow some clues. Since the developer beta for iOS 14.5 became available on Feb. 1, and the public beta shortly after, and releases come out roughly once a month, we can expect to see the final version of iOS 14.5 sometime in February, or possibly March.

How can I download the iOS 14.5 public beta?If you do want to download the iOS 14.5 public beta and try out some of the new features (again, we’d recommend doing so on a device you don’t typically use, since there could be bugs), you first have to sign up for Apple’s Beta Software Program. To do that, go to beta.apple.com/sp/betaprogram, and click Sign Up. You’ll have to enter your Apple ID and password, and agree to the terms and conditions. Tap iOS, and under Get Started, click Enroll your Apple device. From there you’ll find more instructions on how to do so. Once you’re part of the program, you can go to Settings > Software Update, and when you see iOS 14.5 Public Beta, hit Download and Install.
Óscar Gutiérrez/CNET
How do I download iOS 14.5 when it’s generally available? When it’s released, you should get a prompt telling you that iOS 14.5 is now available and asking if you’d like to download it. Or you can do the following: 1. Open the Settings app.2. Select General. 3. Tap Software Update. Your device will connect to Apple’s servers and prompt you to download and install the update. Follow the prompts to complete the installation. When your device reboots, it will be running iOS 14.5. (Check out our full instructions on preparing your phone and downloading iOS 14 here.)What devices are compatible with iOS 14.5?iOS 14.5 will be compatible with all the same devices as iOS 14. Generally, these include the iPhone 6S ($450 at Boost Mobile) all the way up through the iPhone 12, along with the iPhone SE ($85 at Back Market) and the iPod Touch ($135 at Amazon) (seventh-gen). For the full list of devices compatible with iOS 14, click here.

iOS 14.5 beta reveals how to unlock an iPhone while wearing…

What new features will iOS 14.5 include?The latest version of iOS is going to bring several useful new features, including: Use Face ID on your Apple Watch to unlock your iPhone — even when wearing a maskApple Watch owners will be able to opt into a feature that lets you use Face ID to unlock your iPhone when your Watch is on and unlocked, even if your face is obscured by a mask. The Watch will provide haptic feedback letting you know your iPhone has been unlocked. If you have an Apple Watch, iOS 14.5 will let you use it to more easily unlock your iPhone while wearing a mask.
Aleksandar Georgiev/Getty Images
Set a default music player of your choiceApple Music might not have to be your default music player any longer. Instead, the first time you ask Siri to play something, it’ll list all the music streaming services you have installed on your device. Simply choose which one you want to set as your default player, such as Spotify. The update was first spotted by Reddit users exploring iOS 14.5’s beta versions and reported Monday by MacRumors. More than 200 new emojiiOS 14.5 will include 217 new emoji, including new skin-tone variations for popular emoji such as couples kissing. You’ll also find new emoji like heart on fire, faces exhaling, faces in clouds and faces with spiral eyes. Changes have also been made to the syringe emoji, removing blood to make it more appropriate for depicting vaccines. Stream Fitness Plus workouts with AirPlay iOS 14.5 and WatchOS 7.4 will let Apple Fitness Plus users stream workouts directly to AirPlay 2-compatible TVs and devices.App tracking transparency iOS 14.5 includes privacy changes that will require apps to ask for user permission before tracking data and activity. This builds on a change released in iOS 14.3, which lets you see what data apps collect before you hit download. Dual-SIM 5G global supportiPhone 12 users will soon have dual SIM support globally, which means you can take advantage of the phone’s physical SIM slot and digital eSIM to have two lines of service on the same phone. This support was previously only available in mainland China. Siri updatesSiri will soon have the ability to call 911 for you, with a prompt of, “Hey, Siri, call emergency.” You’ll see a three-second countdown, giving you the option to cancel the request. Console controller supportWith the update, Apple is adding iOS and iPadOS support for PS5 and Xbox Series X controllers, so you can play games on your phone or tablet. You’ll also find some design changes to the Podcasts, News and Reminders apps. For more, check out some of the best hidden iPhone features we’ve found in iOS 14. And before you make any OS updates, make sure your iPhone and iPad are ready to do so. Shelby Brown also contributed to this story.

Follow @GameSinnersLive
Twitter’s new features, Spotify’s HiFi tier – Video
iPhone’s Face Unlock with a mask will soon work a lot better, but of course there’s a catch
We use cookies to ensure that we give you the best experience on our website. If you continue to use this site we will assume that you are happy with it.Ok