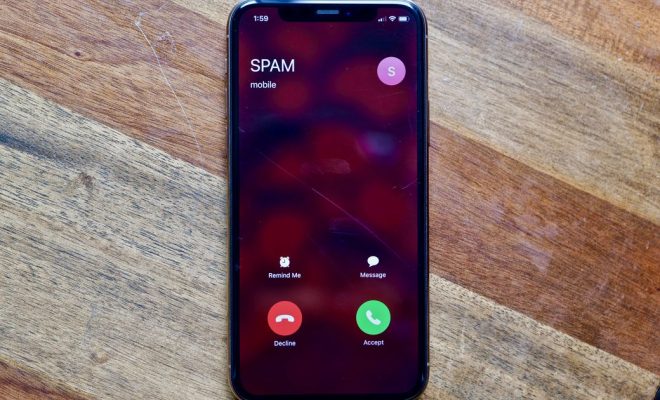 The past week has been incredibly annoying. My phone has received countless calls, some of them with caller ID that shows a local business name. I answer each call only to hear a recording letting me know my car’s warranty has expired, or there’s a warrant for my arrest due to an issue with my Social Security number or that I owe the IRS money. My daughter’s phone has been receiving the same robocalls and she doesn’t even own a car, nor has she ever had a job that would lead her to owe the IRS money. It’s frustrating, and I can’t imagine how many more calls I would receive if I weren’t using some of the same tips and tricks outlined below. The scammers are persistent and constantly changing their methods. These calls are not only annoying but potentially dangerous should you fall for one of the scams. They’re designed to swindle you out of your hard-earned money. Thankfully, the government, wireless carriers and phone-makers are working on ways to eliminate the annoying and seemingly nonstop calls we all receive on a daily basis.

For example, all four major US carriers offer some level of free spam call blocking. At the end of 2019, then-President Trump signed into law the Traced Act, a bipartisan piece of legislation that gives government agencies and law enforcement more power to dismantle robocalls by targeting the perpetrators. Specifically, the Traced Act extends the statute of limitations for law enforcement to go after bad actors, increases penalties and requires phone companies to authenticate calls and determine if the phone number that is calling you is real. For its part, the FCC passed a proposal in 2019 that gives carriers permission to more aggressively block spam calls.  AT&T’s Call Protect stops unwanted calls.
Jason Cipriani/CNET
Wireless carrier networks have started using SHAKEN/STIR technology to identify and block spam calls, not only on their own respective networks, but between phone providers as well. Apple even added a feature to iOS 13 that lets you prevent unknown callers from ever ringing your phone. Google has expanded the Call Screen feature to route suspected spam calls to Google Assistant before your phone even rings, and with the launch of Android 11 in late 2020, it expanded robocall identification and prevention features to extend outside of the default Android Phone app.  It’s going to take time for the Traced Act to be put into effect across all agencies and phone providers, so don’t expect to see a dramatic decrease in unwanted calls overnight.  Keep in mind, too, that not every automated solicitation is considered illegal. Calls from political campaigns, debt collectors and charities are all permissible. What’s not allowed are the calls from the fake IRS agents threatening you or the companies that claim you won a free vacation that you never signed up for. While it isn’t possible to entirely keep robocalls from reaching your phone, there are some steps you can take to reduce the number of calls you receive. This article is periodically updated.

How to stop robocalls

Follow @GameSinnersLive
iOS 14.5 is coming soon. Here’s what we know about a release date and new features
Rumors about AirPods 3 are getting louder – Video
We use cookies to ensure that we give you the best experience on our website. If you continue to use this site we will assume that you are happy with it.Ok