Lidar on the iPhone 12 Pro is cool now, but it’s going to be so much cooler 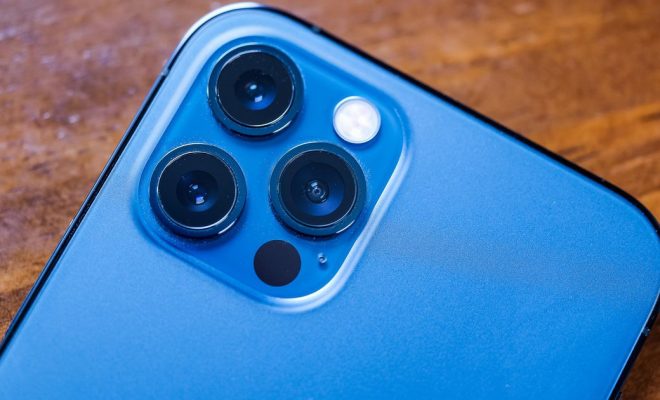 Lidar on the iPhone 12 Pro is cool now, but it’s going to be so much cooler

The iPhone 12 Pro’s lidar sensor — the black circle at the bottom right of the camera unit — opens up AR possibilities and much more.
Patrick Holland/CNET

Apple is going bullish on lidar, a technology that’s brand-new to the iPhone 12 family, specifically to the iPhone 12 Pro and iPhone 12 Pro Max. Peer closely at one of the new iPhone 12 Pro models, or the most recent iPad Pro, and you’ll see a little black dot near the camera lenses, about the same size as the flash. That’s the lidar sensor, and it’s a new type of depth-sensing that could make a difference in a number of interesting ways.Read more: iPhone 12’s lidar tech does more than improve photos. Check out this cool party trickIf Apple has its way, lidar is a term you’ll start hearing a lot now, so let’s break down what we know, what Apple is going to use it for and where the technology could go next. And if you’re curious what it does right now, I spent some hands-on time with the tech, too.

What does lidar mean?
Lidar stands for light detection and ranging, and has been around for a while. It uses lasers to ping off objects and return to the source of the laser, measuring distance by timing the travel, or flight, of the light pulse.

Trying some of the LiDAR-enabled AR apps I can find for the 2020 iPad Pro, to show meshing. Here’s one called Primer, an early build to test wallpaper on walls pic.twitter.com/SatibguyTm— Scott Stein (@jetscott) April 14, 2020

How does lidar work to sense depth? Lidar is a type of time-of-flight camera. Some other smartphones measure depth with a single light pulse, whereas a smartphone with this type of lidar tech sends waves of light pulses out in a spray of infrared dots and can measure each one with its sensor, creating a field of points that map out distances and can “mesh” the dimensions of a space and the objects in it. The light pulses are invisible to the human eye, but you could see them with a night vision camera. Isn’t this like Face ID on the iPhone? It is, but with longer range. The idea’s the same: Apple’s Face ID-enabling TrueDepth camera also shoots out an array of infrared lasers, but can only work up to a few feet away. The rear lidar sensors on the iPad Pro and iPhone 12 Pro work at a range of up to 5 meters.

Lidar’s already in a lot of other tech Lidar is a tech that’s sprouting up everywhere. It’s used for self-driving cars, or assisted driving. It’s used for robotics and drones. Augmented reality headsets like the HoloLens 2 have similar tech, mapping out room spaces before layering 3D virtual objects into them. But it also has a pretty long history.  Microsoft’s old depth-sensing Xbox accessory, the Kinect, was a camera that had infrared depth-scanning, too. In fact, PrimeSense, the company that helped make the Kinect tech, was acquired by Apple in 2013. Now, we have Apple’s face-scanning TrueDepth and rear lidar camera sensors.

The iPhone 12 Pro camera works better with lidar Time-of-flight cameras on smartphones tend to be used to improve focus accuracy and speed, and the iPhone 12 Pro does the same. Apple promises better low-light focus, up to six times faster in low-light conditions. The lidar depth-sensing is also used to improve night portrait mode effects. So far, it makes an impact: read our review of the iPhone 12 Pro Max for more.Better focus is a plus, and there’s also a chance the iPhone 12 Pro could add more 3D photo data to images, too. Although that element hasn’t been laid out yet, Apple’s front-facing, depth-sensing TrueDepth camera has been used in a similar way with apps, and third-party developers could dive in and develop some wild ideas. It’s already happening.

It also greatly enhances augmented reality Lidar allows the iPhone 12 Pro to start AR apps a lot more quickly, and build a fast map of a room to add more detail. A lot of Apple’s AR updates in iOS 14 are taking advantage of lidar to hide virtual objects behind real ones (called occlusion), and place virtual objects within more complicated room mappings, like on a table or chair. I’ve been testing it out on an Apple Arcade game, Hot Lava, which already uses lidar to scan a room and all its obstacles. I was able to place virtual objects on stairs, and have things hide behind real-life objects in the room. Expect a lot more AR apps that will start adding lidar support like this for richer experiences.Snapchat’s next wave of lenses will start adopting depth-sensing using the iPhone 12 Pro’s lidar.
Snapchat
But there’s extra potential beyond that, with a longer tail. Many companies are dreaming of headsets that will blend virtual objects and real ones: AR glasses, being worked on by Facebook, Qualcomm, Snapchat, Microsoft, Magic Leap and most likely Apple and others, will rely on having advanced 3D maps of the world to layer virtual objects onto. Those 3D maps are being built now with special scanners and equipment, almost like the world-scanning version of those Google Maps cars. But there’s a possibility that people’s own devices could eventually help crowdsource that info, or add extra on-the-fly data. Again, AR headsets like Magic Leap and HoloLens already prescan your environment before layering things into it, and Apple’s lidar-equipped AR tech works the same way. In that sense, the iPhone 12 Pro and iPad Pro are like AR headsets without the headset part… and could pave the way for Apple to make its own glasses eventually. A 3D room scan from Occipital’s Canvas app, enabled by depth-sensing lidar on the iPad Pro. Expect the same for the iPhone 12 Pro, and maybe more.
Occipital
3D scanning could be the killer app Lidar can be used to mesh out 3D objects and rooms and layer photo imagery on top, a technique called photogrammetry. That could be the next wave of capture tech for practical uses like home improvement, or even social media and journalism. The ability to capture 3D data and share that info with others could open up these lidar-equipped phones and tablets to be 3D-content capture tools. Lidar could also be used without the camera element to acquire measurements for objects and spaces. I’ve already tried a few early lidar-enabled 3D scanning apps on the iPhone 12 Pro with mixed success (3D Scanner App, Lidar Scanner and Record3D), but they can be used to scan objects or map out rooms with surprising speed. The 16-foot effective range of lidar’s scanning is enough to reach across most rooms in my house, but in bigger outdoor spaces it takes more moving around. Again, Apple’s front-facing TrueDepth camera already does similar things at closer range.

Our in-depth review of the iPhone 12 and 12 Pro

Apple isn’t the first to explore tech like this on a phone
Google had this same idea in mind when Project Tango — an early AR platform that was only on two phones — was created. The advanced camera array also had infrared sensors and could map out rooms, creating 3D scans and depth maps for AR and for measuring indoor spaces. Google’s Tango-equipped phones were short-lived, replaced by computer vision algorithms that have done estimated depth sensing on cameras without needing the same hardware. But Apple’s iPhone 12 Pro looks like a significantly more advanced successor, with possibilities for that lidar that extend into cars, AR headsets, and much more.

Follow @GameSinnersLive
If you’re not using your iPhone and iPad’s built-in screen recorder, you should
What does iPhone 12 Pro’s lidar feature actually do? Here it is in action
We use cookies to ensure that we give you the best experience on our website. If you continue to use this site we will assume that you are happy with it.Ok