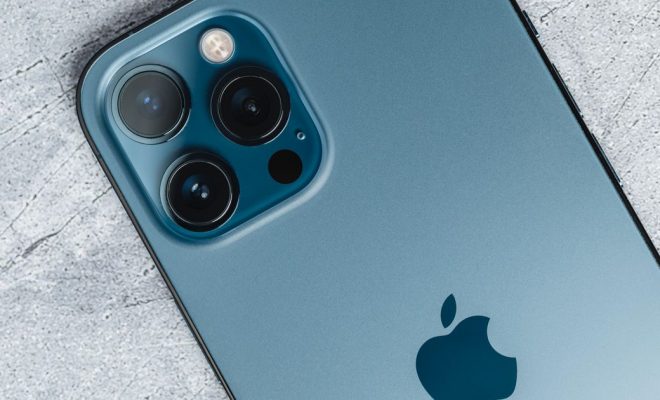 Apple’s iPhone is already one of the most popular consumer products ever. And normally, it’s a safe bet that when Apple makes big changes to its design, as it did to the iPhone 12, sales go into overdrive. But this past year has been anything but normal.In February, Apple warned that sales and manufacturing for its products were likely to be impacted by the coronavirus. Soon after, economies around the world slid into recession and unemployment rates soared as the pandemic upended our way of life and kept us locked down in our homes.

On Wednesday, Apple’s expected to release sales and profit data for the holiday shopping season, which typically stretches from October through December. That period was particularly busy for Apple too, including the launches of its highly anticipated iPhone 12 with 5G wireless and new laptop and desktop computers. The company also expanded its services with the $10 per month Apple Fitness Plus digital health class service and its Apple One bundle pricing, offering access to its TV, music and data storage services starting at $15 per month.

Wall Street analysts on average expect that will all to translate to $1.40 per share in profits on $102.76 billion in sales, according to surveys published by Yahoo Finance. That amounts to a 12% jump in profits and 16% leap in sales, compared with last year. And all this despite the crushing COVID-19 pandemic that’s still ravaging communities around the world.”Overall, a strong iPhone year appears likely,” Bernstein analyst Toni Sacconaghi wrote in a message to investors last week. He added the iPhone 12 Pro is still back-ordered in most major markets except the US and France, despite launching back in October.If Apple does report such strong sales, it’ll likely be taken as a bellwether for the broader tech industry, whose companies have become even more powerful during the pandemic.

Other companies that have made big gains over the past year include Amazon, which has seen “record demand” over the past year, and particularly during the holiday shopping season, as people switch to online shopping. Google, and its parent company Alphabet, as well have outperformed even Wall Street’s rosy expectations as marketers spend big to get people’s attention online. And Slack, the business collaboration app, was sold to software giant Salesforce for $28 billion, nearly twice its value before it went public in 2019.People have rushed to buy new computers and subscribe to collaboration tools like Slack, Zoom and Microsoft’s Teams in order to work and learn remotely. Most students are still attending classes over video chat. And despite the successful development of vaccines, daily life isn’t expected to return to normal for as much as another year.Smartphones too have become even more essential, as they’ve become the do-it-all device for work, life and entertainment. Analysts at industry watcher IDC expect smartphone shipments to jump 9% this year, thanks in part to new flagship features like 5G. Lower prices are also helping spur demand. While Apple’s iPhones didn’t drop in price last year, carriers such as AT&T, Verizon and T-Mobile offered steep discounts to push people to 5G. It helps that CNET reviewer Patrick Holland named the iPhone 12 among CNET’s highest-rated phones of all time, a sentiment shared among many other tech reviewers. “5G support, a new striking design, improved cameras and four different models all add up to make the iPhone 12 an absolute unit,” he wrote in his review.Apple released four iPhone 12 models last year, in addition to its cheaper iPhone SE.
Andrew Hoyle/CNET
Shinier AppleConsumers snatching up a new iPhone means more opportunities for Apple to hook people with its music, TV, gaming and news services, which are all powered by its hardware.Apple caught the tech world’s attention with its computers too. The company announced a new line of computers powered by chips similar to its iPhones and iPads. The M1 chip, as Apple called it, was designed to offer more performance while using less battery life than the Intel chips that Mac computers have run on since 2006.
“In our view, the iPhone 12 has been Apple’s most successful product launch in the last 5 years.”
Katy Huberty, Morgan Stanley

That’s part of why many analysts say they expect all of Apple’s businesses, including iPads, Macs and services, will grow. “Apple’s portfolio was positioned better-than-ever heading into the recent holiday season,” Monness Crespi Hardt analyst Brian White wrote.What isn’t so clear is how much each of Apple’s businesses will grow, and particularly its services.The company’s $5 per month Apple TV Plus service hasn’t attracted as much attention as the $7 per month Disney Plus service or $15 per month HBO Max. Both those subscription services, which launched in the past year or so, have drawn people in with new installments in popular brands. Disney’s had The Mandalorian from its Star Wars brand and WandaVision from its Marvel division, both of which helped it attract more than 86 million so far, many more than any other new services. HBO meanwhile has leaned on corporate cousin Warner Bros., which released its new Wonder Woman 1984 film online on Dec. 25. Netflix, meanwhile, continues to reign as the biggest streaming service, with more than 200 million subscribers.But even if Apple’s services don’t attract everyone’s money, devices like the iPhone will still act as one of the primary ways people watch them.”In our view, the iPhone 12 has been Apple’s most successful product launch in the last 5 years,” Morgan Stanley analyst Katy Huberty wrote.We’ll find out if that’s true on Wednesday.Next: Read our iPhone 12 review. 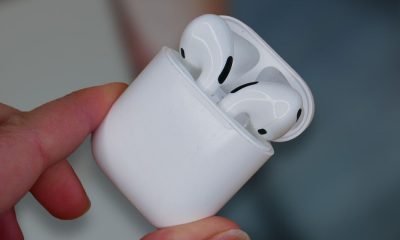 Follow @GameSinnersLive
2021 Lexus IS 300 review: Still so close to greatness
Google Maps will soon show COVID vaccine locations
We use cookies to ensure that we give you the best experience on our website. If you continue to use this site we will assume that you are happy with it.Ok