iPhone 11 vs. iPhone XS: Should you upgrade now? 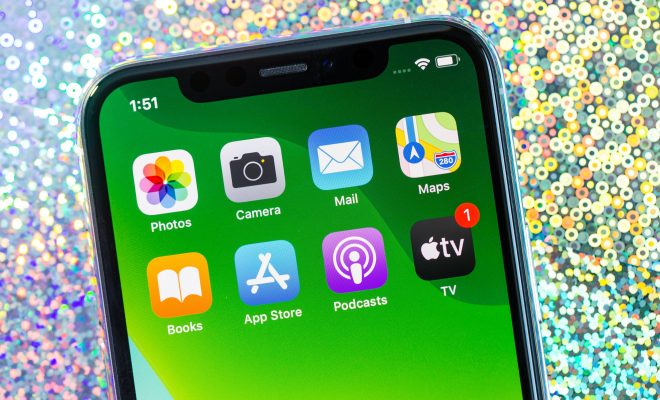 iPhone 11 vs. iPhone XS: Should you upgrade now?

The iPhone 11, which Apple announced in September, is an impressive and relatively affordable handset with a great camera and a fast processor. But those with an iPhone XS from 2018 may wonder if it’s time for an upgrade. After all, the iPhone 11 has some great new hardware and a bevy of fun enticing colors to choose from.  In short, the iPhone XS is still worth holding onto, and if you want an upgrade, I’d wait to see what the 2020 iPhone 12
has in store first, or consider the iPhone 11 Pro or Pro Max instead. But if it comes down to the iPhone XS or iPhone 11, the better choice is the iPhone 11. Note that while Apple discontinued the iPhone XS, you can still nab the device from various retailers and carriers.

Starting at $699, £729 and AU$1,199, the iPhone 11 is affordable as far as iPhones go. Despite its LCD screen not being as high-resolution as the iPhone XS’ OLED display, the iPhone 11’s updated camera setup includes Night Mode and an ultra wide-angle lens for dramatic, sweeping shots. The phone is also faster, has a longer-lasting battery and subtle upgrades like a U1 chip keep it in tip-top shape for the near future

Don’t get me wrong — the iPhone XS is still a capable and reliable phone. The updates you’ll get from updating to the iPhone 11 aren’t worth dropping the iPhone XS if you already have it. But if you’re deciding between which of the two to get, the iPhone 11 is the easy choice. In addition to all the benefits I previously mentioned, the iPhone XS also isn’t any cheaper than the iPhone 11, despite launching in 2018. Depending on whether you get it new from carriers and retailers such as Best Buy, or purchase a refurbished model from Apple, the iPhone XS costs somewhere between $699 and $899.

How we tested
iPhone XS has a ‘better’ screen, but it’s barely noticeable Compared to the iPhone 11’s 6.1-inch screen, the iPhone XS has a 5.8-inch display and is smaller, thinner and lighter. The screen is technically better on paper too, as in it has a sharper resolution and a higher pixel density (for specific numbers, scroll to the spec chart below).  The iPhone XS also has an OLED display, whereas the iPhone 11 has an LCD screen. But when it comes to watching videos on YouTube or scrolling through your Instagram feed, you won’t notice much a difference with daily use. As CNET editor Scott Stein noted, “Apple does a great job with its LCD Liquid Retina display in the iPhone 11. It doesn’t feel like a compromise except when looking at dark images with subtle light details.”  The iPhone 11 comes in a handful of vibrant colors that include red, yellow, green and purple (the last of which caught the attention of many people on Twitter), on top of the standard black and white. The iPhone XS on the other hand, launched in only black, white and gold — and even then some of those colors might not be available from retailers given their lower inventory. While phone colors may be a superficial feature to consider, especially when most people slap cases over their devices anyway, there’s no shame in deriving joy from a fun color. Winner: I’m a big fan of the iPhone 11’s candy-colored looks, but the iPhone XS has the edge due to its display.
iPhone 11’s cameras offer Night Mode, ultra-wide and more Unsurprisingly, the iPhone 11 has a better camera setup. Though both have dual rear cameras, Apple swapped the iPhone XS’ telephoto lens for the iPhone 11’s ultra-wide lens. That means you won’t have that 2X telephoto zoom that the iPhone XS had, but you’ll be able to take dramatic wide-angle shots for sweeping landscapes or creative closeups. The iPhone 11 also features Night Mode, which brightens and captures low-light scenes in impressively clear detail. The results are fantastic, and rival other phone makers who have their own nighttime camera modes, such as Samsung’s Bright Night, Google’s Night Sight and OnePlus’ Nightscape. You can still capture adequate low-light photos on the iPhone XS, but they’ll be grainer, not as sharp and have more digital artifacts. Another camera upgrade on the iPhone 11 is Deep Fusion, which improves photo quality and optimizes details for pictures taken in medium-light settings, like inside a building or room. (To see this in action, read CNET’s iPhone 11 vs. iPhone XR comparison.) Video quality is smoother and more stabilized on the iPhone 11 as well, and its 12-megapixel front-facing camera is better too, compared to the iPhone XS’s 7-megapixel shooter. You can also capture slow-motion video on the iPhone 11’s selfie camera, which Apple has regrettably branded as “slofies.” Winner: The iPhone 11 serves up useful new camera tricks that elevate everyday photos.
iPhone 11 is faster and has a longer-lasting battery Whether you’re hanging onto your iPhone XS or considering buying a new one, the XS won’t perform as well as the iPhone 11. That’s not to say it won’t be a reliable and fast phone in and of itself, and with day-to-day usage you might not experience any difference between the two. But even without nearly two years of use to slow it down, a brand new iPhone XS out of the box still has the older Apple A12 Bionic processor, whereas the iPhone 11 has the A13. Check out the benchmark tests below:

The iPhone 11’s battery also lasts longer. Though Apple doesn’t disclose the battery capacity of its phones, third-party teardowns report that the iPhone 11 has a 3,110-mAh battery while the iPhone XS has a 2,658-mAh battery. And during our lab tests for continuous video playback on Airplane mode, the iPhone 11 clocked in 15 hours and 24 minutes, while the iPhone XS lasted 13 hours and 17 minutes. Streaming video tests, which we only conducted on the iPhone 11, lasted 13 hours and 52 minutes. Winner: With its faster processor and bigger battery, the iPhone 11 is the clear winner. iPhone 11 prepares you for future tech Lastly, Apple’s newer iPhone packs a few things under the hood that, while not the “sexiest” things to tout, help futureproof the phone in anticipation of future technologies. These include:  iPhone 11
Angela Lang/CNET
A U1 chip helps the  iPhone 11 with “spatial awareness” and enables it to find other iPhones more precisely in close proximity. The ultra wideband chip also lets AirDrop prioritize the other device so you can share files quicker. The U1 chip is also believed to be laying the groundwork for a long-rumored Apple tile tracker. Wi-Fi 6 is the next generation of wireless networking. As CNET editor Ry Crist puts it, “Wi-Fi 6 supports faster top transfer speeds; lets devices send more information with each individual transmission… facilitates better, faster performance in dense, crowded environments,” and more. Keep in mind though that you probably won’t see any perks in your iPhone 11 anytime soon. Wi-Fi 6 was only certified in September 2019 and Wi-Fi 6 routers are expensive. Haptic Touch, which replaces the iPhone XS’ 3D Touch. Apple phased out 3D Touch in 2018, starting with the iPhone XR. It allowed you to access additional menu options and commands by hard-pressing your finger against the screen. Haptic Touch works similarly, but instead of pressing down harder on the screen, you long-press on the item.

Not disclosed, but Apple claims it will last 1 hour longer than iPhone XR

Not disclosed, but Apple claims it will last 30 min. longer than iPhone X

Apple iPhone XSA keeper if you already have it, but not worth buying now

Follow @GameSinnersLive
Coronavirus updates: New York declares emergency, Italy ponders lockdown
Apple to pay up to $500M in settlement, Twitter tests disappearing content – Video
We use cookies to ensure that we give you the best experience on our website. If you continue to use this site we will assume that you are happy with it.Ok