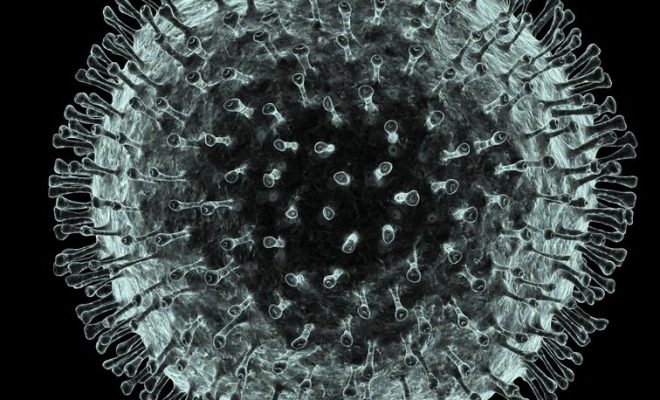 A new coronavirus is spreading.
Getty Images
The novel coronavirus
continues to wreak havoc in the global technology industry. Many companies have shut factories and banned business-related travel and major industry events like Facebook’s F8, the Geneva Motor Show, Google I/O and Mobile World Congress continue to be called off because of the outbreak.COVID-19 was discovered in the Wuhan region of China’s Hubei province late last year and has symptoms similar to those of pneumonia. It was first reported to the World Health Organization on Dec. 31, with Chinese scientists linking the disease to a family of viruses that includes SARS (severe acute respiratory syndrome) and MERS (Middle East respiratory syndrome). The disease has killed more than 3,000 people, and more than 90,000 people have been infected in more than 60 countries.

Here’s how the outbreak is affecting some of the biggest names in technology.Facebook

Coronavirus and COVID-19: Everything you need to know

AppleSaid it will miss its quarterly revenue guidance because of the effects of the coronavirus.Temporarily shuttered all of its 42 stores in mainland China, one of its biggest and most important markets; closed its corporate offices and contact centers in China.Has been forced to seek alternative sources for parts after suppliers in Wuhan closed because of the outbreak in that city.Google
MicrosoftWarned investors that revenue in the business segment that includes its Windows operating system and Surface devices would likely miss earlier forecasts.TwitterAmazonTikTokFoxconnAirbnbUberTemporarily suspended roughly 240 user accounts in Mexico to prevent the spread of coronavirus after those users had come in contact with two drivers possibly exposed to the virus.TeslaClosed its new plant in Shanghai for a planned week and a half after the Chinese government told private companies to temporarily cease operations.Warned investors that the shutdown may “slightly” affect first-quarter profits.NintendoIndustry eventsSeveral prominent industry events were canceled or revamped because of concerns over the coronavirus. They include:Also, the annual Game Developers Conference, originally scheduled to take place March 16-20 in San Francisco, has been postponed to an unspecified date after exhibitors such as Amazon, Microsoft, Epic Games, Sony, EA and Facebook dropped out. The annual cybersecurity RSA Conference did take place last week as scheduled in San Francisco, but major exhibitors like IBM, Verizon and AT&T Cybersecurity back out. CNET’s Corinne Reichert, Ben Fox Rubin, Jackson Ryan, Shara Tibken, Lynn La, Sean Szymkowski, Dara Kerr, Queenie Wong, Oscar Gonzalez, Dan Ackerman, Stephen Shankland, Chris Paukert, Erin Carson and Edward Moyer contributed to this report. Originally published in January, this story is updated as new information becomes available.

Follow @GameSinnersLive
Apple reportedly developing six new Mac computers and iPads
Cortana reborn: Microsoft’s digital assistant becomes less about Alexa, more a productivity app
We use cookies to ensure that we give you the best experience on our website. If you continue to use this site we will assume that you are happy with it.Ok