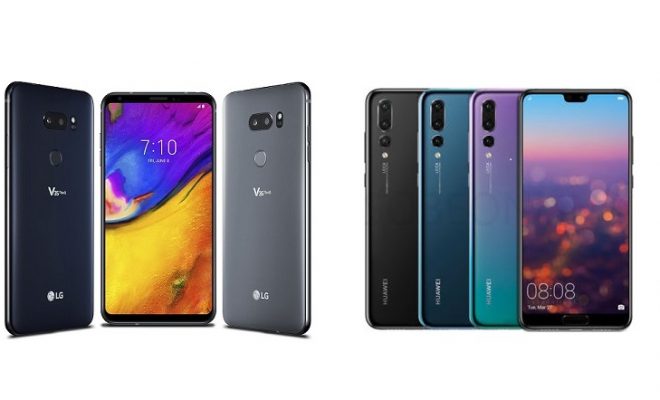 Samsung and Apple are, without a doubt, the most popular smartphone manufacturers in the world. This is probably why people only think of these companies’ smartphones when they think of flagship devices. Of course, the iPhone models and Samsung’s S series and Note devices are cool. However, this doesn’t mean that they are the only device one should consider when choosing a new handset. The LG V35 Thinq and the Huawei P20 Pro are just two of the other handsets that could easily become the best gadgets one has ever owned. Both have impressive specs and, unfortunately, quite high prices. Which one of them is better for you though? Let’s take a look at them and then decide.

LG only delivered one V-series device a year until now. Also, we have never seen before a V15, V25. This is probably why the V35 was a surprise. Naturally, it is able to rise to its name. Just like any other LG V series device, it has a lot to offer to its users. First of all, the LG V35 Thinq is a modern-looking smartphone. It has a large, 6-inch display, squeezed into a rather small body thanks to its thin bezels. As for the resolution, the P-OLED display of the V35 Thinq has a 1440 x 2880 pixels resolution and 537 ppi density. This ensures a clear and crisp image that will impress every user. 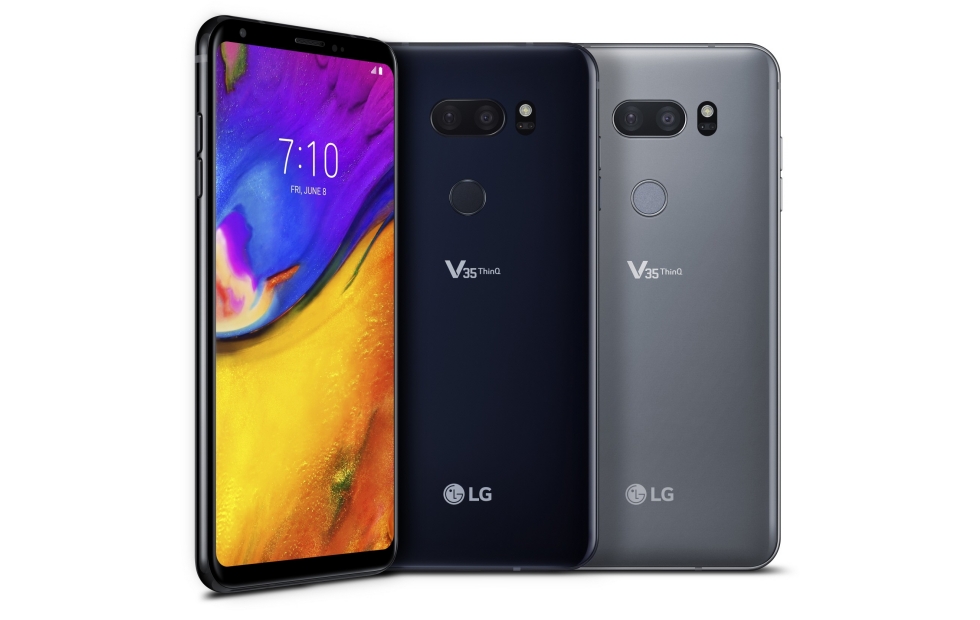 Surprisingly, the model did not adopt the camera notch we now see in almost every new smartphone. This might be a good thing or a bad one, depending on who you ask. I personally think that the lack of the notch is a feature that manages to differentiate the LG V35 Thinq from other devices that launched this year. The overall look of the V35 Thinq is a pleasant one and thanks to the glass front and back and the aluminum frame, the device has a premium feel to it. Also, the device is dust- and water resistant which can prove to be a helpful feature in some occasions.

Of course, the nice design would be worth nothing without great hardware. The LG V35 Thinq has the same powerful Qualcomm Snapdragon 845 chipset as any other high-end device of 2018. The smartphone includes 6GB of RAM and 64GB internal storage. The V35+ takes things further and offers 128GB flash storage. The device also supports up to 400GB of extra storage thanks to its dedicated microSD card slot. This way, users will be able to take all their favorite music and videos with them, all the time. 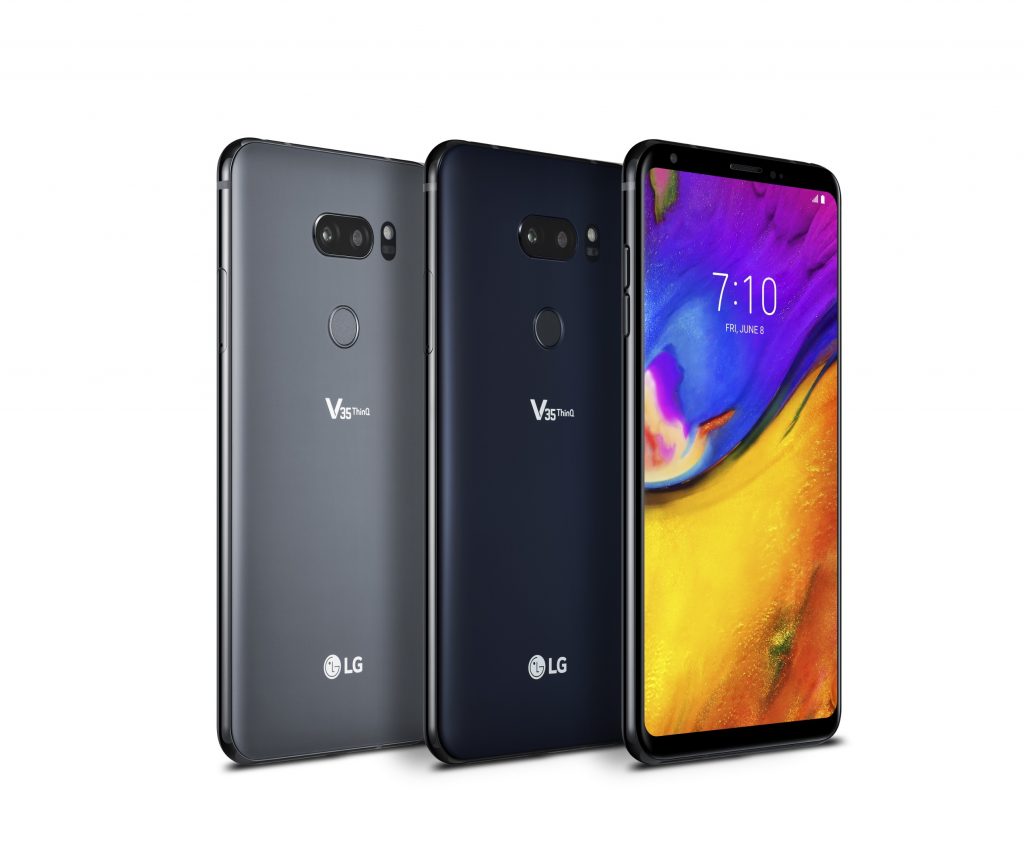 Cameras are a big deal now, so it’s only natural that the LG V35 Thinq has a lot to offer in this section too. The device features a dual primary camera consisting of two 16MP sensors, one of them with a f/1.6 aperture and the other with f/1.9 aperture. The cameras are able to capture great quality images even in low-light conditions. The LG V35 Thinq also offers A.I. Cam technology which will help users take incredible pictures and videos. On the front, the V35 Thinq has an 8MP sensor for selfies and video calls.

Other features of the LG V35 Thinq include a 3.5mm audio jack, crazy audio quality, specific to the V series LG devices, Bluetooth 5.0, a rear-mounted fingerprint sensor, and a USB Type-C reversible connector. The device comes with a 3,300mAh battery with fast charging and wireless charging support. The battery itself is not a really huge one considering the size of the display and its huge resolution, however, it should be able to ensure a decent battery life.

Huawei is definitely a brand that the majority of people have heard of, even if it isn’t Samsung or Apple. The company’s P series devices are more and more impressive every year and the Huawei P20 Pro is definitely a great smartphone to own. Just like the LG V35 Thinq, the Huawei P20 Pro has a modern design and a huge, high-quality display. The screen of the P20 Pro is slightly larger than the one on the LG V35 Thinq, namely, it has a 6.1-inch diagonal. However, it only has a 1080 x 2240 pixels resolution which translates into a lower, 408 ppi density. The images displayed on this screen will still be beautiful, however, they are not as clear and crisp as the ones displayed on the LG V35 Thinq’s screen. 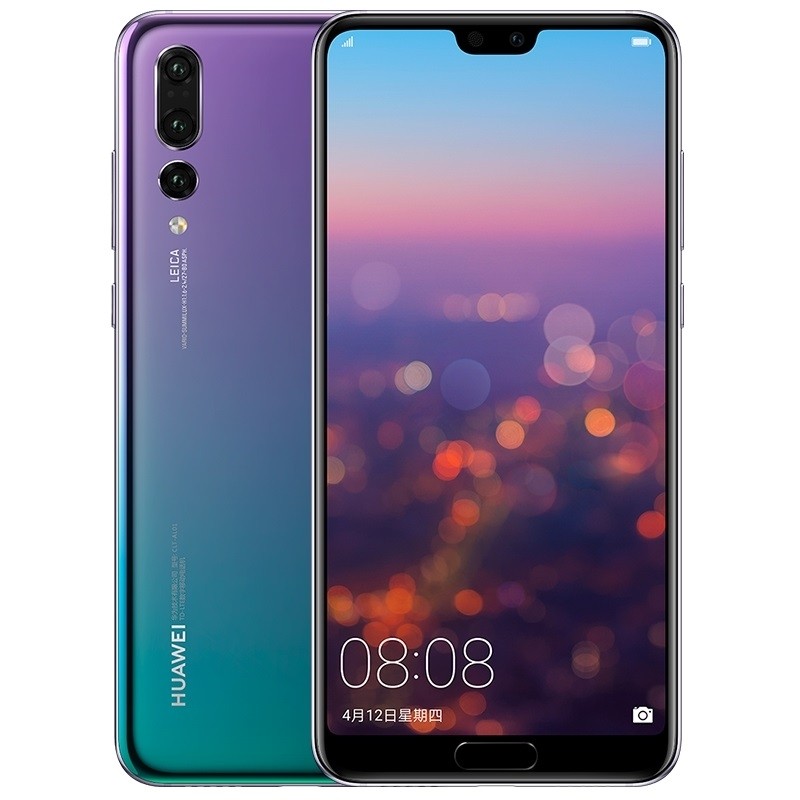 The Huawei P20 Pro is one of the models that did adopt the camera notch, so those who like this features should opt for this model over the LG V35 Thinq. Just like the LG device, the P20 Pro has a glass and aluminum body with dust and water resistance. This means that the P20 Pro is almost just as durable as the V35 Thinq. The Huawei device comes in a number of beautiful colors, so every user should find one that suits their preferences. Without a doubt, the Huawei P20 Pro is a good-looking handset which everyone can show off confidently.

Under the hood, the Huawei P20 Pro has the Kirin 970 processor which is a powerful one. The device includes the same amount of memory as the LG V35 Thinq, 6GB, and it includes 128GB internal storage. This is more than what the V35 has to offer normally, however, it does lack a microSD card slot, so 128GB is the most users will get from this device. Of course, this should be enough for the majority of people, however, those who need more will not be able to get it from the Huawei P20 Pro. 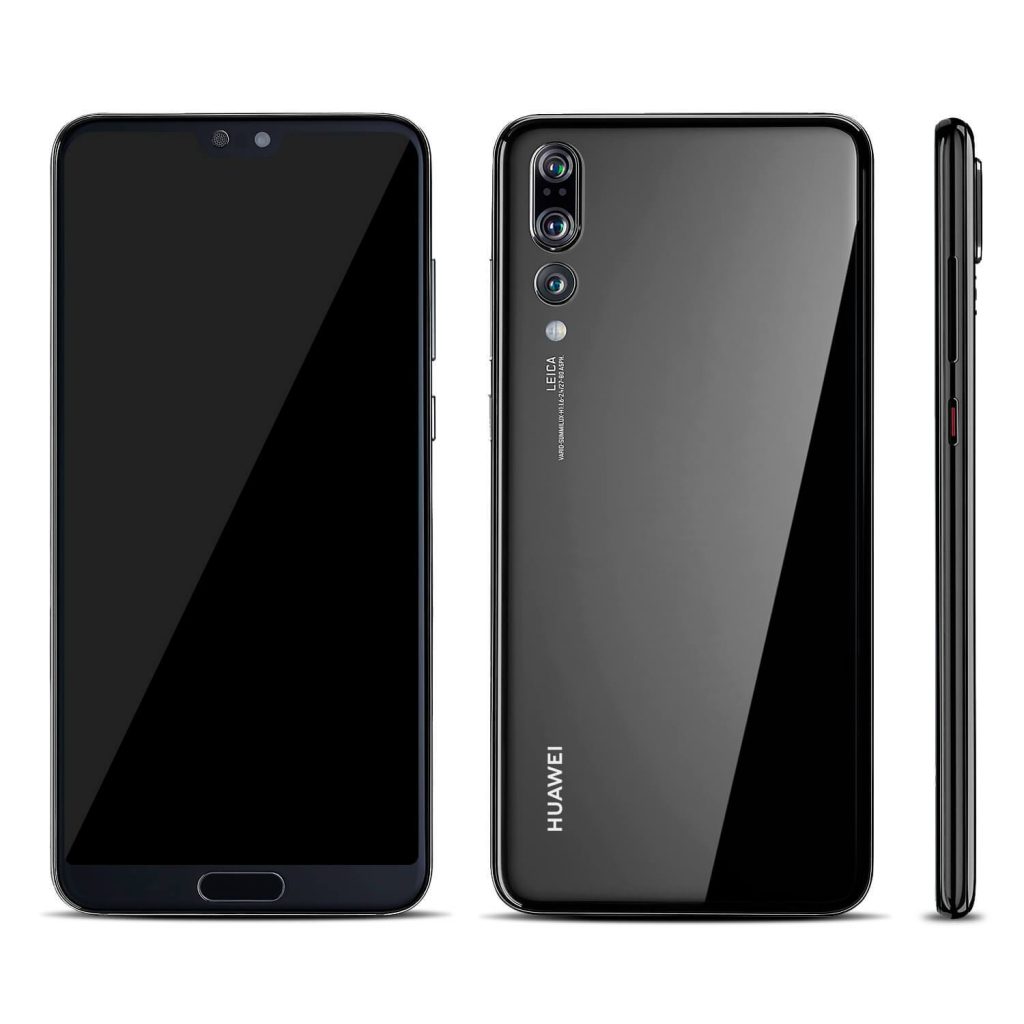 When it comes to the cameras, it certainly seems that the sky is the limit nowadays. The Huawei P20 Pro comes with not only two but three sensors on the back. The triple camera setup consists of a 40MP sensor with f/1.8 aperture, a 20MP black and white sensor with f/1.6 aperture, and an 8MP sensor with f/2.4 aperture. Thanks to Leica optics, the images captured with this device will be simply amazing. Even on the front, Huawei opted for a 24MP sensor for selfies and video calls that will certainly impress.

Those who are true to the 3.5mm audio jack will not love the Huawei P20 Pro, as it lacks this feature. Instead, it has a Type-C to 3.5mm jack adapter. Then again, this means that users won’t be able to charge their phone and listen to their favorite music at the same time. The device also lacks the latest Bluetooth 5.0 connectivity and the LG V35 Thinq’s DTS-X sound. The 4,000mAh battery of the Huawei device is larger than the one on the LG smartphone but it doesn’t support wireless charging. Thankfully, it does support fast charging.

Conclusion – Which is the best?

Both the LG V35 Thinq and the Huawei P20 Pro are great smartphones. Those who choose their devices based on their cameras will probably go for the Huawei P20 Pro as it really offers amazing specs in this section. Those who love music over photography should opt for the LG V35 Thinq though. Also, this model offers users the possibility to expand the storage of the device, faster Bluetooth connectivity, and wireless charging. The LG V35 Thinq is also slightly more affordable, which makes it a better choice when it comes to budgets too. Basically, both of the devices are a great purchase, it really depends on what users prefer to have in their handsets. 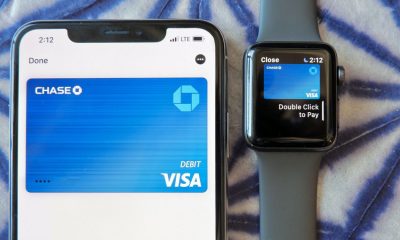 Lose your iPhone or Apple Watch? Here’s how to remotely disable Apple Pay 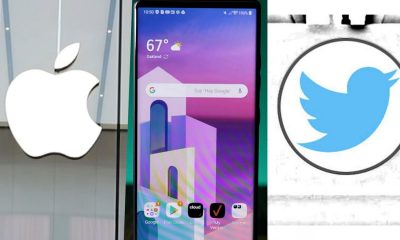 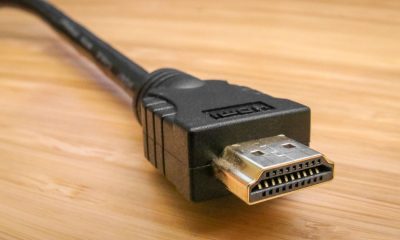 HDMI 2.1: Everything you need to know 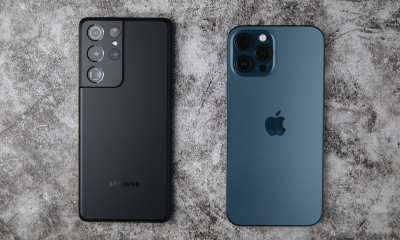 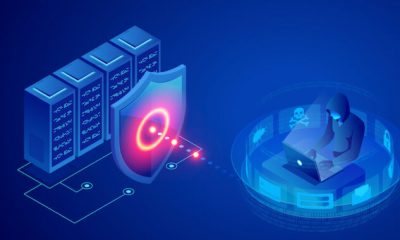 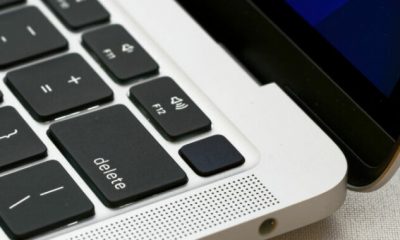 Report: The MacBook Air is getting a major redesign, too 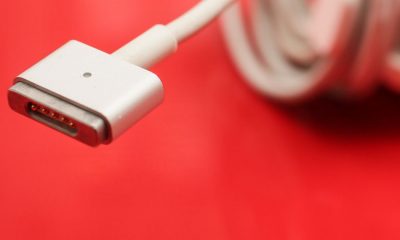 Apple needs to bring MagSafe back to Macs 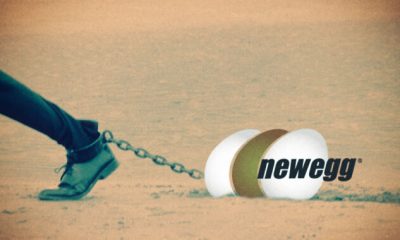 How desperate are you for GPUs, CPUs, consoles? Newegg tests with new lottery 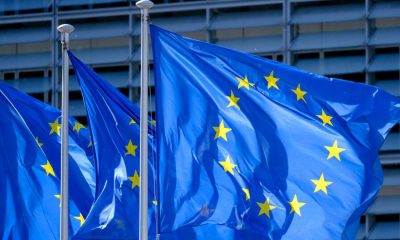 Follow @GameSinnersLive
Xiaomi Redmi 6 Pro coming on June 25 – Here is what we know so far
Best Alternatives to WinRAR
We use cookies to ensure that we give you the best experience on our website. If you continue to use this site we will assume that you are happy with it.Ok