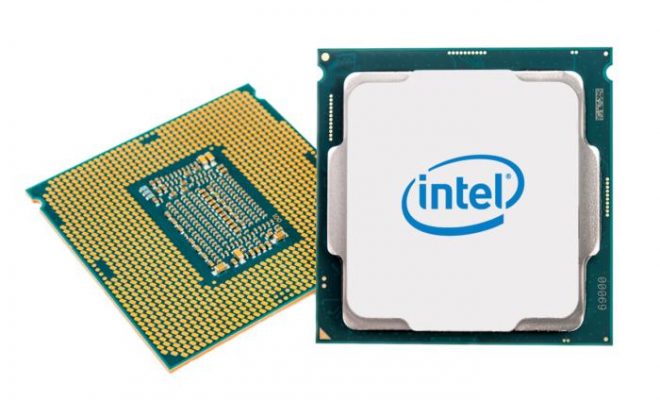 Intel just launched its 8th-generation desktop chips. While the Core i3 chip now has four cores, the i5 and i7 series boast no less than six cores.  All of them are a step up from their predecessors, however, the chip that steals the spotlight is definitely the Core i7-8700K. The hexacore/ 12 threads chip is, according to the company, its best gaming chip ever. It reportedly offers a 25% increase in frames per second running Microsoft’s Gears of War 4 over its predecessor, the 7th-generation Core i7-7700K. Multi-tasking also gets a lot faster than it was on the 7th-generation chip. 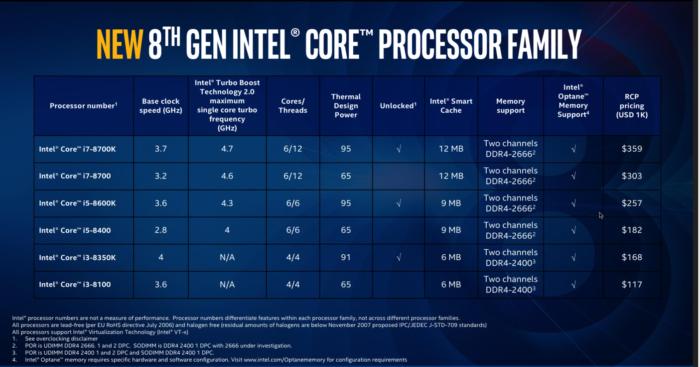 Intel will offer two versions of the i7-8700K desktop chip. One of them will be a 3.2GHz, boost to 4.6 GHz chip, while the other, the flagship product, will be a  3.7GHz, boost to 4.7GHz. While the first version will reportedly cost $303, the flagship chip will have a $359 price tag. Customers will be able to order the new chips starting October 5. They will actually start shipping sometime later in the fourth quarter of the year. Even though the Intel Core i7-8700K is the best chip the company launched, the majority of people, who are not gamers, will probably be more interested in the other two models, the i5 and the i3. Both of them are better than their predecessors were, bringing significant improvements in power.

The Intel Core i3 chips are now quad-core ones, with four threads. The Core i5 chips, just like the i7- series, have 6 cores. However, they don’t feature 12 threads, instead, they only feature 6 of them. Even so, the new chips will definitely impress users with their performance. The price of the Intel Core i3 chips starts at $117 and can go up to $168. The Intel Core i5 chips have $182 and $257 price tags. Of course, Intel’s 8th-generation laptop CPUs are even more interesting than its desktop chips are. Even so, if you prefer desktops over laptops, the chipset manufacturer delivered its best processors yet. They will soon start shipping, just in time to turn the holiday season into the perfect time for staying in and playing games for hours at a time.

Follow @GameSinnersLive
Apple looking at iPhone X pre-orders, slows down component delivery
Foldable Samsung Galaxy X could launch in January 2018
We use cookies to ensure that we give you the best experience on our website. If you continue to use this site we will assume that you are happy with it.Ok