Samsung Galaxy Note 7 Could Come Back With Android Nougat 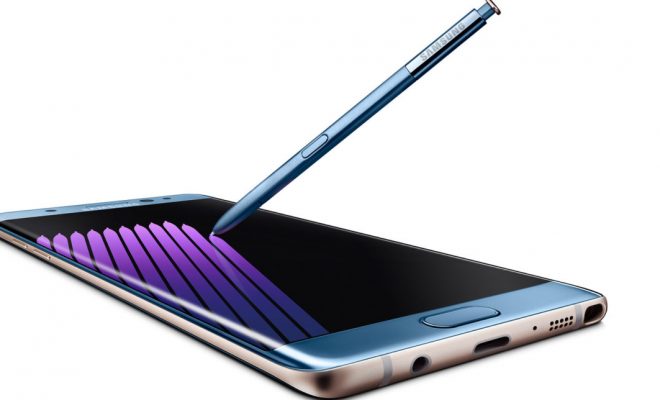 Samsung Galaxy Note 7 Could Come Back With Android Nougat

Samsung’s biggest mistake ever was to launch the Samsung Galaxy Note 7 without properly testing its battery. Thankfully, even though the exploding batteries did stir a lot of problems, they didn’t manage to destroy the company. Even though Samsung maintained its position on the smartphone market, it saw itself with a great number of useless smartphones on its hands. We’ve already heard rumors about the refurbished Samsung Galaxy Note 7 coming back to the market. The Wi-Fi alliance just certified a handset that certainly seems to be the Note 7. Its model number is SM-N935S, and it seems it will relaunch with the Android Nougat on board.

Apart from the exploding battery, the Samsung Galaxy Note 7 was truly a great handset. Not only did it look great, it also had every feature to turn it into a must-have handset. The 5.7-inch Super AMOLED display had a 1440 x 2560 pixels resolution and it featured an always on display. It sported an Exynos 8890 Octa chipset and included 4GB of RAM and 64GB of internal storage. Both the dual-SIM and the single-SIM models supported up to 256GB of additional storage, allowing users to enjoy all their favorite music and videos on their handsets.

The 12MP primary camera was able to capture great quality images, even if it wasn’t as impressive as the iPhone 7 Plus’s camera setup. The 5MP front-facing camera was also a nice feature that was able to deliver good quality images. The Note 7 was the first one to feature an iris scanner for added security. The Samsung Galaxy Note 7 also included a fingerprint sensor, a heart-rate sensor, an accelerometer, a gyro, and a compass, among other things. Out of the box, it ran on Android 6.0.1 Marshmallow. The 3,500mAh battery was the source of all evil in the case of the Samsung Galaxy Note 7.

The refurbished version, as we already stated, will run on the newer Android version. It’s safe to say that it will also have a smaller, more reliable battery. There is no news regarding the release date of the refurbished Samsung Galaxy Note 7 or its availability. Another Samsung model, the SM-N930F also appeared on the Wi-Fi certification site. This is the model number of the original Samsung Galaxy Note 7, and it will also get the Android Nougat update. Whether this will be its only new feature or not is still unclear.

Follow @GameSinnersLive
World Of Warcraft Patch 7.2.5 Brings Lord Kazzak, Green Dragons & More
Gionee M6S Plus is a Stylish Powerhouse With a 6,020mAh battery
We use cookies to ensure that we give you the best experience on our website. If you continue to use this site we will assume that you are happy with it.Ok