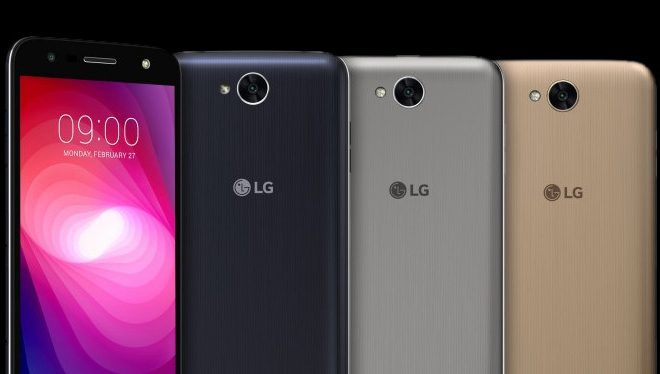 LG announced its powerhouse, the LG X Power 2 back in February. Back then, we thought the handset will become available sometime in March. March came and went, and unfortunately, nothing happened. Now, according to reports, LG has set a release date for the second generation X power. It will arrive at the beginning of June. Given the fact that the first LG X Power was announced in May and arrived in September, the release date seems to be an accurate one. Of course, the LG X Power 2 will first become available in the company’s home, South Korea.

In LG’s homeland, the handset will be available for around KRW 300,000 or $265 at all three major carriers. When or if it will become globally is not clear yet. We hope it will. As one might guess from the name of the handset, its greatest feature is its battery. The LG X Power 2 packs an impressive 4,500mAh battery. This is a huge one, compared to the batteries of current flagship devices and all of the LG G-series handsets. This kind of energy should easily be enough for a whole weekend.

The LG X Power 2 is definitely not a high-end device. Those who will opt for it will probably do so because of its large battery capacity. The handset has a 5.5-inch 720p display and it comes with a  Mediatek MT6750 processor. It only includes 1.5GB or 2GB of RAM, which seems to be quite low, compared to the memory offered by other handsets. However, this is a smartphone made for people who value a great battery life more than anything, so it should be enough for them. As for the internal storage, the LG X Power 2 only offers 16GB. Thankfully, it also supports a microSD card of up to 256GB.

The second generation X Power comes with a 13MP primary camera and a 5MP front-facing one. It will run on Android 7.0 Nougat out of the box and it will offer WiFI and Bluetooth connectivity. Apart from the large battery capacity, the LG X Power 2 doesn’t really have anything to brag with. It is a decent device with acceptable features for an affordable price. We are eager to see whether it will become globally available at some point or not.

Follow @GameSinnersLive
Nintendo Ships Out More Switch Units To Coincide With Mario Kart 8 Deluxe Release
World Of Warcraft Patch 7.2.5 Brings Lord Kazzak, Green Dragons & More
We use cookies to ensure that we give you the best experience on our website. If you continue to use this site we will assume that you are happy with it.Ok