Review: The Surge: A Walk In The Park Offers A Colorful (And Freaky) Amusement Park To Visit 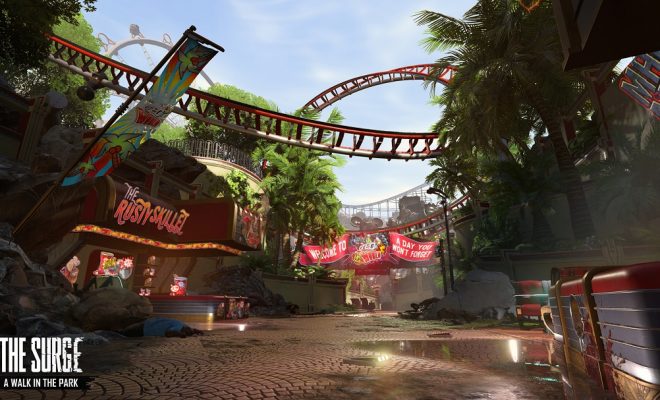 Review: The Surge: A Walk In The Park Offers A Colorful (And Freaky) Amusement Park To Visit

Despite wearing its influences heavily on its sleeves, I enjoyed The Surge quite a bit when I reviewed it earlier this year. While most were quick to point out that they felt it paled in comparison to the Souls series it was mimicking, I though it pulled off the formula well enough and added enough of its own twists to allow it to stand on its own. Now the A Walk In The Park DLC has been released, and I’m happy to say that I was glad to dive back into this world.

While A Walk In The Park isn’t a massive departure when compared to the base game in any way, it does address one of the biggest issues that many had with it: level design. Much of The Surge is spent in dark and gloomy environments that get a little samey after a while, and A Walk In The Park shakes that up by thrusting players into a colorful and expansive amusement park. This amusement park (Creo World) features brand new enemies to take on, which offer new weapons and armor for your to slice off of them by extension. 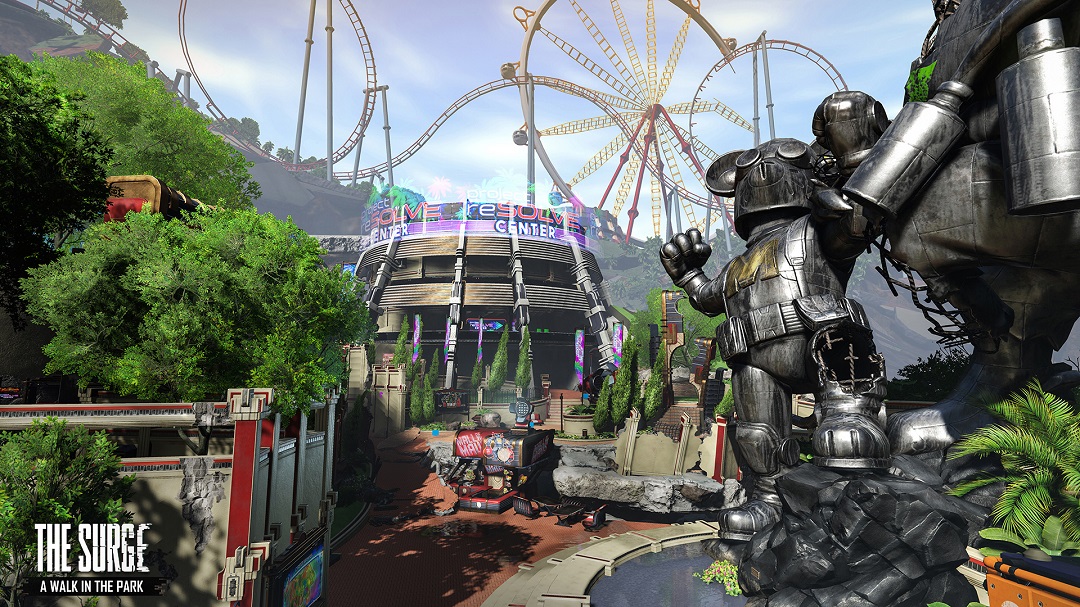 It’s one thing to just make a complete pallet swap in order to shake things up, but thankfully developer Deck13 offers some solid level design to make you want to explore this world. As you make your way through the big area you’ll see plenty of destruction from rides that went awry, and countless innocent bystanders are on the receiving end of most of it. This creates a pretty unsettling atmosphere despite all of the color that’s going on here, which is heightened by the audio logs sprinkled about that give you more background into what has transpired.

As far as the moment to moment gameplay goes, it’s pretty much the same formula that the base game of The Surge followed. You’ll enter a new area, slowly progress your way through rooms of deadly enemies, eventually unlock shortcuts along the way and then take on a boss. You can’t really blame them for sticking with that same formula here, and the level design that A Walk In The Park offers is easily some of the best offered yet by the developer. There are multiple levels for you to explore that all have various secrets to be found, and the challenges along the way are brutal. This keeps the whole experience very tense, with many sighs of relief coming once you finally clear a particularly difficult area.

The Surge’s core combat isn’t perfect, but it’s still a lot of fun and remains so in this expansion. Balancing your movements and attacks with the stamina gauge as you weave in and out of enemy attack ranges works really well, and then pulling off special abilities with the attack-charging energy gauge allows for some sweet finishers. Targeting specific enemy body parts so that you can then take it to craft it at the medbay is a lot of fun, as you’ll regularly come across enemies with new armor that you’ll want to then try and craft and wear for yourself. I only wish that the armor acquired offered a bigger upgrade compared to what you already have equipped going into the DLC, as the stat improvements are minor at best. 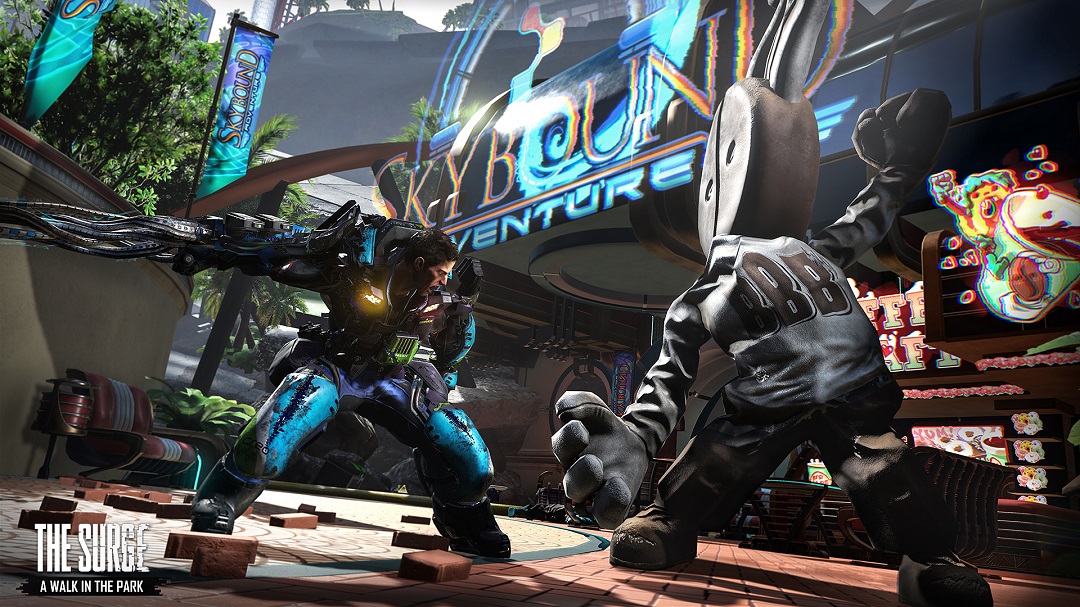 A Walk In The Park will last you somewhere around 8 hours when all is said and done, which is pretty solid for DLC. My time with the expansion was very positive overall, though my complaints with the game overall still stand. Combat isn’t as fluid as it could be and the new story offered here does the job but doesn’t necessarily suck you into its conflict, which is a similar problem the base game had. Regardless, those who enjoyed playing through The Surge earlier this year will definitely enjoy their time with what A Walk In The Park has to offer.

Follow @GameSinnersLive
PSN Name Changes Could Be Coming In 2018
Final Fantasy 15: Episode Ignis Gets A Battle Command Trailer
We use cookies to ensure that we give you the best experience on our website. If you continue to use this site we will assume that you are happy with it.Ok