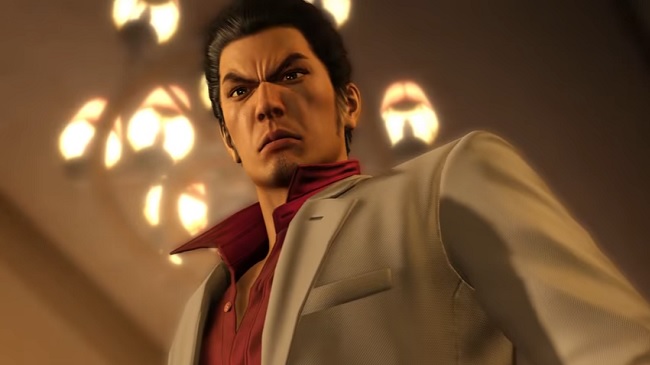 While the latest games in the Yakuza series are finally getting the recognition that they deserve, fans find themselves in the odd situation where they’re jumping on board a new franchise without a method to go back and see where it began. Well, publisher/developer Sega is all too happy to fix that problem, and have elected to remake the original games and bring them to a brand new audience with some nice new bells and whistles.

This new remake journey begins with Yakuza Kiwami, which is a remake of the first game in the series that originally launched for the PlayStation 2 in 2005. Kiwami is a very faithful remake of that game, sticking to the original story beats to deliver the same engrossing narrative experience that fans enjoyed over 10 years ago now. However, the main difference here is that the gameplay has received a big overhaul, with combat and side content being fleshed out to match the more recent games in the series. It’s definitely the definitive way to play the opening chapter of the series, though it isn’t quite as expansive or fleshed out as later games in the series are.

The setup of the game is simple, but nevertheless very gripping: you control a man named Kazuma Kiryu, who is a gangster with an actual heart that tries to protect and help the people he cares for. However, things go very wrong when a friend of his ends up killing the leader of one of the rival Yakuza clans, and he takes the fall for his friend and ends up going to jail for 10 years. What follows is a tale of mystery and suspense as tension between the various crime families intensifies, and Kiryu of course finds himself in the middle of it all. It’s an engrossing tale with lots of interesting characters to meet along the way. 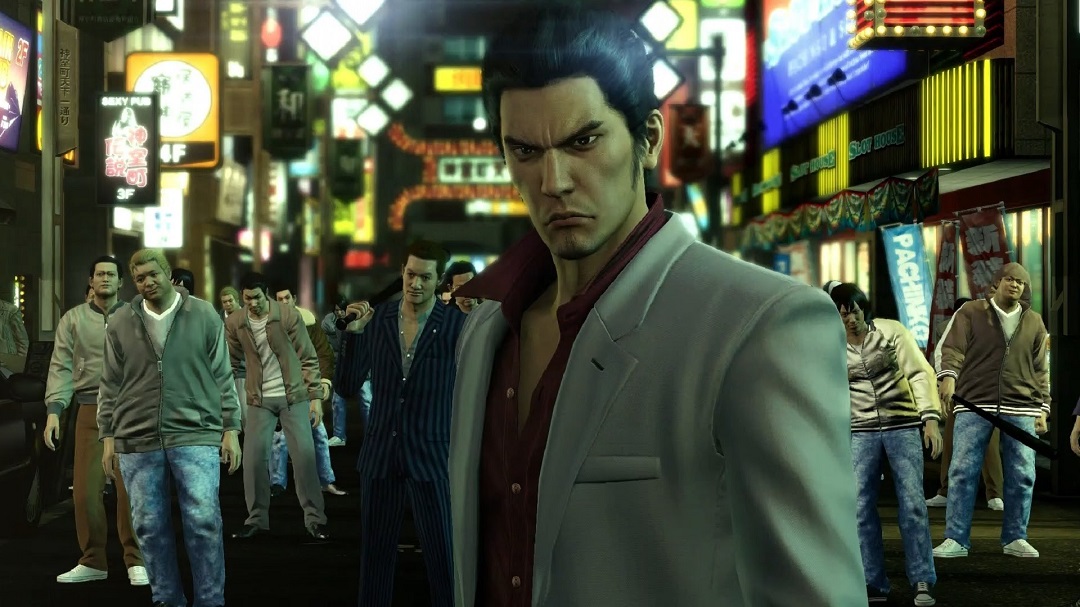 The plot is split up across 13 chapters, which follows a pretty linear structure but nevertheless gives the player the opportunity to explore the game’s hub of Kamurocho very regularly. Kamurocho is jam-packed with things to do, with there being arcades with a variety of games to play, restaurants with lots of different food to try out and numerous side quests for those who like to veer from the beaten path. While the side content here isn’t as enticing as later games like Yakuza 5’s, it’s still hard to resist the urge to follow-up on a side quest that pops up as you roam the streets. Sometimes you’ll hear a conversation going on regarding a civilian that is in trouble, and you have the option to swoop in and save the day. It sounds simple, but these side ventures typically lead to some interesting and often funny interactions, and overall adds to the eccentric Yakuza world that fans adore at this point.

There’s also the various mini-games for you to take part in if you so desire, which run the gamut from darts, RC car races, bowling and more. While many of these mini-games are very basic, they all add to the personality of the game’s world and typically include some characters that are well worth meeting. Some characters from Yakuza 0 even make a return here, which is a nice treat for those who have already worked their way through that prequel installment in the series.

While Kamurocho has a lot for you to do and see, it isn’t as expansive as many other open world games on the market, and it is unfortunately hampered with repetition. As you wander the streets you will encounter thugs regularly who will engage you in combat, and these encounters simply happen too often. While they’re a great way for you to level up and improve your stats, sometimes you just want to be able to take 10 steps without getting into a fight. While sometimes you can run away from these encounters, often times the enemies will be placed in a way that there’s no avoiding them without taking a scenic route. Some quests also get tiresome as they have you bounding around to various points in the city, which progress in a fetch quest-like fashion that gets old fast. 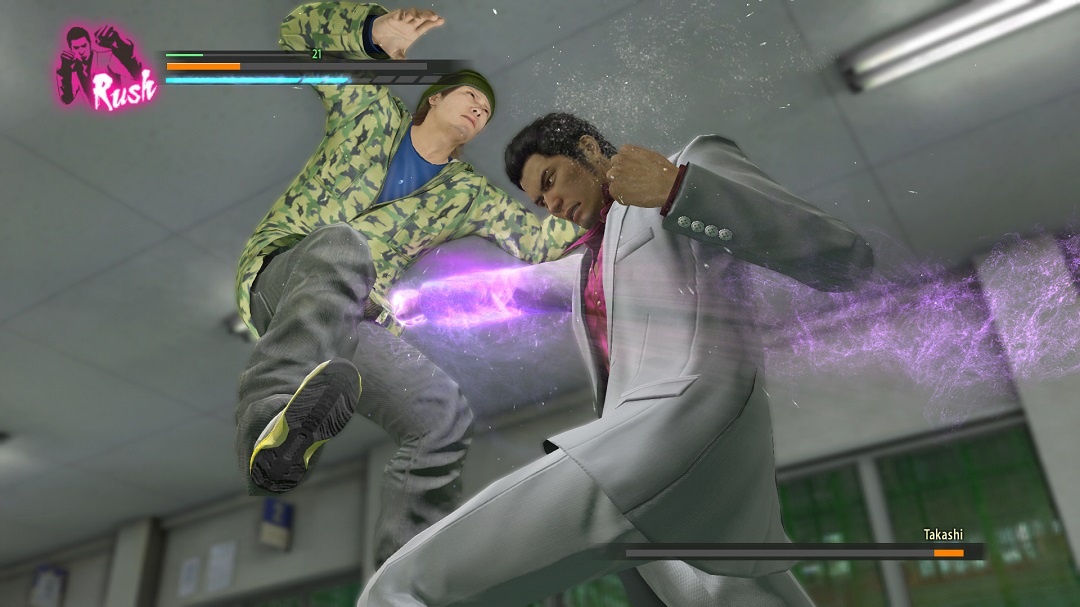 This is partly due to the game’s combat, which isn’t simplistic by any means, but nevertheless doesn’t have quite enough variety to keep these encounters engaging. This time around Kiryu has four different combat styles to pick from, which essentially range from fast-but-weak to slow-but-powerful. While it’s cool to have the option to switch between these different fighting styles on the fly, I rarely found myself in a situation where I felt compelled to switch up my fighting style outside of a couple of boss fights. Most will be able to get by very easily with the standard Warrior fighting style, but it would have been nice if it really felt like the others were required in order to do well in the game.

Regardless of repetition, there’s no mistaking that the Yakuza combat is a well-oiled machine that can still pack a punch. Unlocking different moves through the game’s deep skill trees is very enjoyable, and witnessing some of the special moves is truly a treat. You can, of course, also pick up random items off the street like bikes or signs, which do a nice job of allowing you to take out a crowd of enemies a little faster. They also come with their own special moves for you to pull off, and they are unsurprisingly brutal. Beating down a random thug and then slamming a bicycle on top of him never gets old, and that and similar finishers are the highlights of the game’s combat.

One of the biggest additions to Yakuza Kiwami is Goro Majima, who was in the original game but now serves a much bigger purpose. Goro’s goal in this game is to toughen you up and return you to your former glory after losing your edge from a decade in prison, and he now wanders the streets looking to pick a fight with you. These often lead to some of the most hilarious parts of the game, with one of these side quests revolving around him pretending to be a cop and claiming to have to knock some sense into you for carrying a weapon. Many of these situations can be avoided as they are side quests, but they offer a nice, light-hearted change of pace from the very dark and gloomy main story. 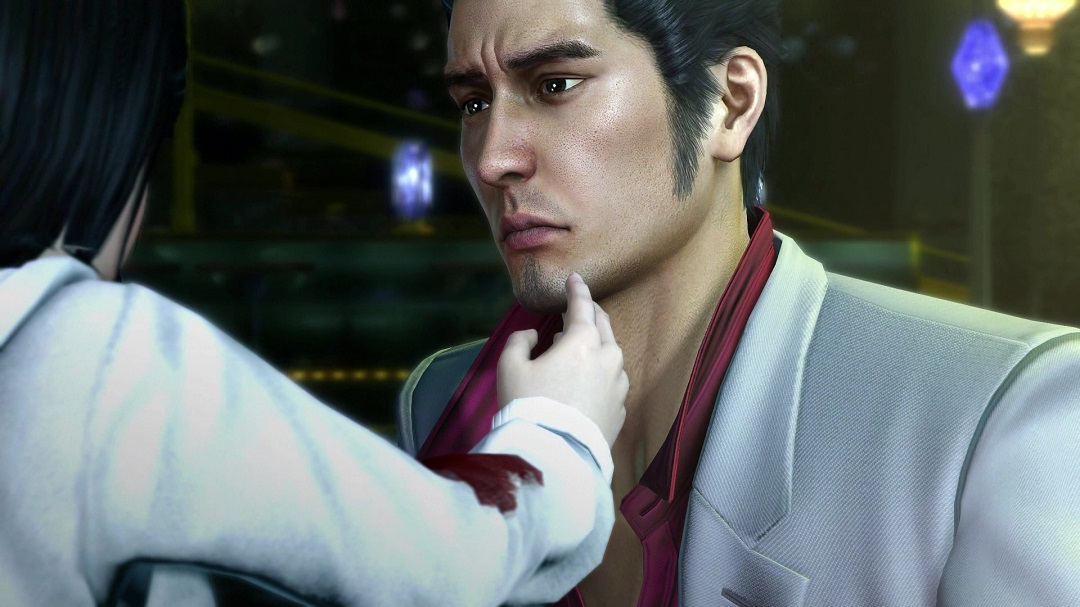 Yakuza Kiwami isn’t the highlight of the series, but it’s definitely an excellent starting point for those who are just jumping on board. The game’s narrative is extremely engaging and filled with deep and interesting characters, and there’s a decent amount of side content here for those who are looking to extend play time. Now’s the perfect time to see what all the fuss is about.

Mike GuarinoNovember 4, 2019
Read More
Dead Rising 4 Coming To PS4 With Frank’s Big Package, Packs New Content
Alice 3: American McGee Working On Proposal For Next Game In Series
We use cookies to ensure that we give you the best experience on our website. If you continue to use this site we will assume that you are happy with it.Ok