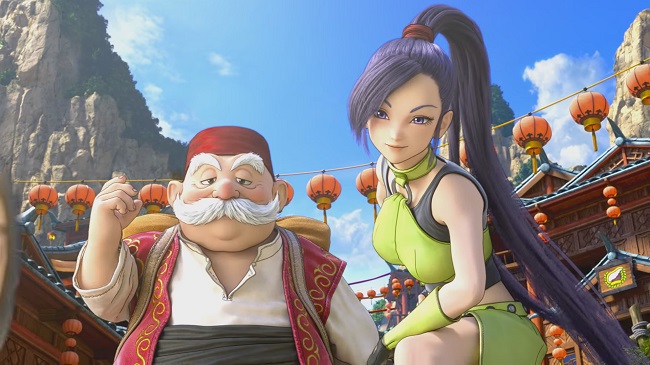 The Dragon Quest series has been getting more attention over the past few years, which is thanks to the release of several well-received games. Games like Dragon Quest Heroes and Dragon Quest Builders have kept the brand going strong with spin-offs, while the developers are hard at work on the main installments. It won’t be much longer until we finally learn when the next main installment will release, however.

Square Enix has revealed that tomorrow, April 11th, will be the day when fans will finally learn when the highly-anticipated Dragon Quest 11 will release. The publisher will be holding an event at 2PM Japan time (10PM PT, 1AM ET, 6AM GMT), giving us the Japanese release date for the game. The one issue here is that the games often release in other regions long after they do in Japan, sometimes taking around a year to finally be localized. Thus, fans in other regions will still have quite a wait before they finally get their hands on the game.

Outside of finally getting the release date for the game, the publisher also promises that we’ll be getting more details on the game itself. Things like gameplay, story and visuals will be shown off, which will likely be through the means of a trailer for the game. Seeing as it has been 8 years since the last main installment with Dragon Quest 9 (Dragon Quest 10 is an MMO), it stands to reason that we could expect some big improvements across the board.

As for what’s next for the series, Dragon Quest Heroes 2 is set to launch on April 25th for PlayStation 4 and PC. It’s a hack ‘n’ slash game that mixes up the gameplay of the Dynasty Warriors series with the aesthetic of the Dragon Quest series. However, the game is more RPG-focused then most games in the Warriors series are, with world exploration being changed to emulate the main Dragon Quest games. Players can explore and visit towns, navigate the world map and initiate battle stages. The story takes place in a peaceful land of seven kingdoms, which becomes a little less peaceful when the kingdoms suddenly wage war with one another. The player’s goal is to restore peace and order to the land, teaming up with other heroes in the process.

Follow @GameSinnersLive
Nioh Dragon Of The North DLC Release Date Announced
Mythical Pokémon Marshadow Officially Revealed For Sun And Moon
We use cookies to ensure that we give you the best experience on our website. If you continue to use this site we will assume that you are happy with it.Ok