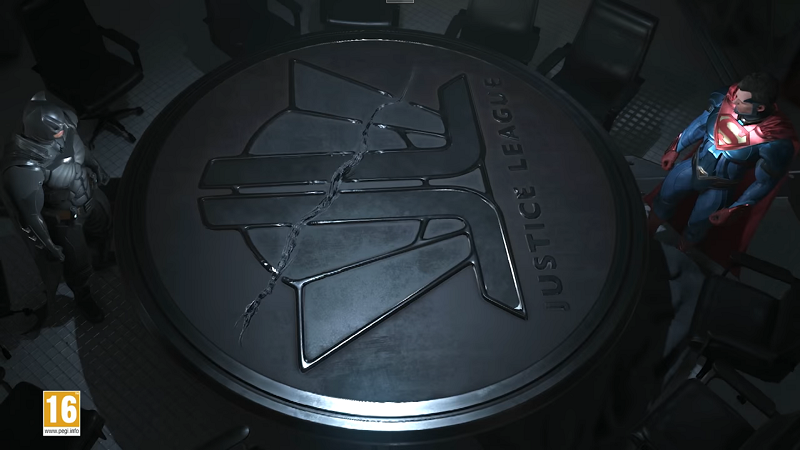 The newest Injustice 2 trailer reveals quite a grim future for the heroes of DC Entertainment. It appears some dark forces will take advantage of the conflict inside the Justice League. The new trailer remains to be a part of the “Shattered Alliances” series of reveals. However, the trailer showcases both the game’s features and a darker plot.

Supervillain Gorilla Grodd appears to have made his intentions clear to conquer the world Superman tried to build in the first game. However, he is not alone. His group called the Society has perhaps the world’s most dangerous villains. Grodd is joined by the likes of Bane, Captain Cold, Catwoman, Cheetah, Deadshot, Poison Ivy, and Scarecrow. Many of them are new additions to the NetherRealm game, and it appears they will arrive with a bang. A lot of them are classic villains of some of the more notable heroes in the games as well.

However, perhaps a deadly caveat in the trailer is a grim future for the Flash. The Scarlet Speedster is seen running away from Deadshot, who has a clear aim on him. It was implied at the end of the trailer that Captain Cold may shoot him. Regardless of the circumstances, the Flash may meet his demise in the game. Still, the Flash’s rather strange nature in DC Comics may pave way for a potential resurrection. Or perhaps his death may motivate the two warring sides in Injustice 2 to team up against the Society?

Moreover, tensions escalate within the superhero community. Batman appears to have planted Harley Quinn as a spy within Gorilla City. Her mission is to spy on Grodd and reveal his plans. Unfortunately, another clip shows Grodd throwing Quinn to the ground. This implies yet another dark future for the Maid of Mischief. Another part of the trailer shows Captain Cold and Professor Zoom facing off against Wonder Woman. Regardless of the situation, NetherRealm is out to put a grittier and darker game for its fans.

Fans may appreciate NetherRealm’s step towards fulfilling some elements of the lore in DC Comics. For instance, the Society may pay homage to the Secret Society of Supervillains in the late 1970s. Interestingly, the Superman-Batman conflict has been in place since their first crossover within the same timeframe. Comic fans may also appreciate the new dimension to Superman in the series. After all, the Man of Steel kills Joker in the first game after the latter tricked Superman into killing Lois Lane. These surprising elements have allowed fans to look forward to the twists and turns Injustice 2 may have in store for them.

Injustice 2 is the sequel of the first Injustice game. NetherRealm retains a lot of elements in the first game while adding new features for fans. The game is fashioned like its popular Mortal Kombat franchise. This means heroes and villains are capable of fighting to the death using all their powers and skills. However this time, heroes and villains have the option of earning cosmetic items that have special effects. Some armor, for instance, can provide and replace special moves.

Follow @GameSinnersLive
Square Enix Reveals Stance On Nintendo Switch, Xbox Scorpio
Microsoft Emulator Ban: The Real Deal For Xbox, Windows 10 Players
We use cookies to ensure that we give you the best experience on our website. If you continue to use this site we will assume that you are happy with it.Ok