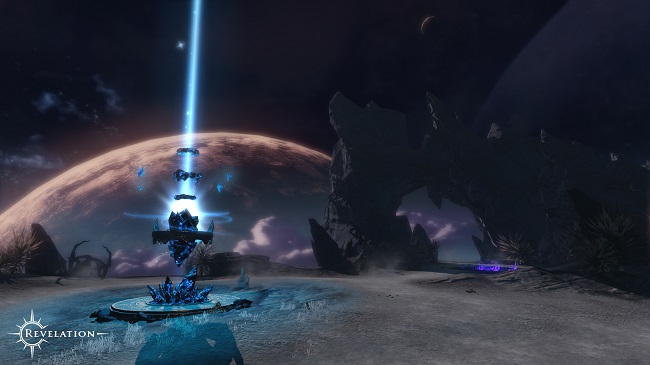 It won’t be long now until Revelation Online fans will be treated to the game’s first major update, which is called Stardust. The update will bring some notable new content to the game, which includes the likes of the Starshatter Island and Faerie’s Funland maps, as well as localisation refinements and some bug fixes.

Starshatter Island is set to be the main draw of the update, being a Guild-vs-Guild map that allows you to take on monsters and rival guilds in battles that support up to a whopping 400 players. The map is only available for players to take part in once a day, with players being able to bring up its respective menu by pressing ‘U’ during the opening times. Those looking for more of an even playing field will be glad to know that all players’ levels are scaled to 79 for this mode, but there is also non level-scaled version called Conquest Mode.

Despite the potential for battles to be absolutely massive here, the object actually isn’t to obliterate the opposing forces. Instead, each team is tasked with securing and controlling specific resource points, all while fending off enemy combatants. Claiming the riches is the name of the game here, with there being 4 mining resources located in the 4 corners of the map for you to capture in total.

For those of you who are looking for something a little more easy-going and playful, then this update has you covered. Along with the Starshatter Island map is the Faerie’s Funland map, which is an amusement park where you join a raccoon-race known as the Volopine for a variety of leisure activities. It looks like it will be a nice change of pace for fans of the game looking for something different, and you can get a little taste of what it has to offer by clicking right here.

Finally, along with the addition of new content comes some tweaks on the developer’s part to make the whole experience more enjoyable. Revelation Online launched into its open beta phase early last month, and the development team has been working hard to provide new content to get even more people on board this MMO. The Stardust update goes live tomorrow on April 12th, and you can learn more about it through the game’s official website.

Follow @GameSinnersLive
Syberia 3 Story Trailer Brings Emotion & Mystery
Ark: Survival Evolved Console Update V506 Coming Soon; Adds Underwater Bases
We use cookies to ensure that we give you the best experience on our website. If you continue to use this site we will assume that you are happy with it.Ok