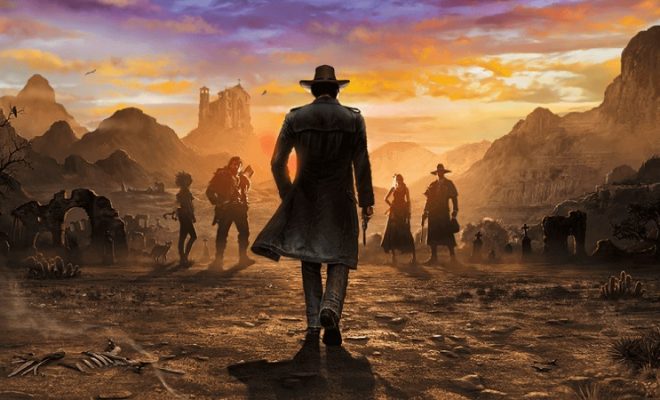 The next installment in the real-time tactics Desperados series is coming this year, with the game set to launch for multiple platforms. While an official release date has yet to be revealed, the Entertainment Software Rating Board (ESRB) has revealed their official rating for the game. The game ended up getting an M (for Mature) rating.

The main descriptors for the Mature rating are Blood, Strong Language, Suggestive Themes and Violence. As always, a more in-depth rating summary was also provided that is the following:

“This is a strategy game in which players assume the role of a cowboy (John Cooper) on a quest for revenge in the Wild West. From a top-down perspective, players traverse the wilderness and frontier towns to battle enemy bandits and rival gangs in turn-based combat. Players use pistols, shotguns, and stealth attacks (knives, traps) to kill enemies; players can also employ indirect kills (e.g., poison) to dispatch enemies. Combat is accompanied by realistic gunfire, screams of pain, and blood-splatter effects; fallen enemies can be seen lying in large pools of blood. Cutscenes depict additional acts of violence: a man shot in the head; a man executed at close range by a villain. The game contains references to suggestive material: dialogue referencing brothels (e.g., “She on the first floor of the Flagstone brothel, drinking whiskey and watching the girls dance”; “Fanciest whorehouse in the quarter. Girls there will make your dreams come true.”) and allusions to sex (e.g., “That was one hell of a night…What’s wrong darling? Lost something in the heat of the night?”). The words “f**k,” “sh*t,” and “a*shole” are heard in the game.”

Desperados III is set to launch for PS4, Xbox One and PC at some point later this year.

Follow @GameSinnersLive
DualShock 4 Electric Purple, Red Camo, Rose Gold And Titanium Blue Controllers Out Now
Destiny: The Official Cookbook – Price, Cover, Release Date
We use cookies to ensure that we give you the best experience on our website. If you continue to use this site we will assume that you are happy with it.Ok