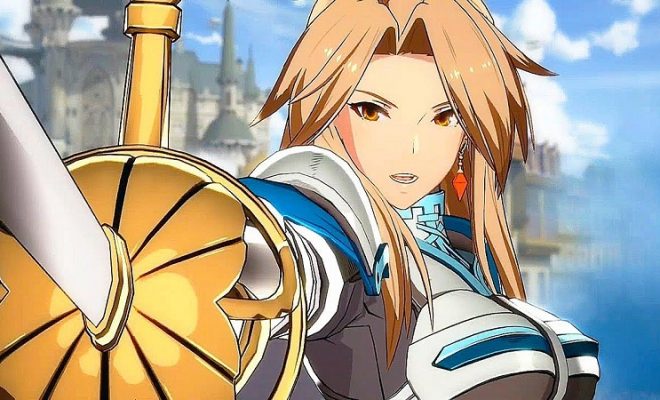 The new fighting game based on the Granblue Fantasy RPG series is in the works, with Granblue Fantasy Versus in development by Arc System Works. The fighting will be in a 2.5D style, with the visuals closely resembling that of the main series. While it isn’t slated for release in Japan until early 2020, the ESRB has just released their official rating for the game.

Over on the official ESRB website it can be seen that the game was given a T for Teen rating, with the descriptors being Mild Blood, Mild Language, Suggestive Themes and Violence. As always, they also provided a more in-depth rating description of the game that is the following:

“This is a fighting game in which players engage in one-on-one matches against characters in a medieval fantasy setting. Players use weapon-based attacks and special moves (e.g., flame strike, ice slash) to drain opponents’ life meters in frenetic combat. Battles are accompanied by impact sounds and cries of pain. Players can also perform super attacks (e.g., Skybound Arts) which depict opponents getting repeatedly slashed with weapons from a close-up perspective. One sequence depicts a man bleeding from the mouth after being impaled. Some female fighters wear revealing outfits (e.g., deep cleavage, partially exposed buttocks); the camera occasionally pans and focuses on their buttocks. Dialogue includes some suggestive material (e.g., “If it isn’t Sir Honor Roll, stiff as always…Maybe I can help you with that”; “As much as I’d love to welcome an ingenue into the world of sensual delight…You’ll have to wait your turn.”). The word “a*s” is heard in the game.”

Granblue Fantasy Versus is in development exclusively for PS4, with the Japanese release date set for February 6th, 2020. A North American release will be handled by Xseed Games later in 2020, though an official release date has not yet been provided for that version of the game.