We learned about the standard edition of the World of Cyberpunk 2077 book in July, though at the time details on the deluxe edition were scarce. However, today that has changed as the official details of the deluxe edition have been released, revealing things like the price, cover and release date.

The following is a breakdown of what the deluxe edition packs over the standard edition from the official Amazon page:

Temporary Tattoos: show your alignment with any of Night City’s varied, colorful gangs.

Vehicle Postcards: Four postcards that each showcase a vehicle from one of Night City’s diverse and unique lifestyles.

An insightful, captivatingly designed, full-color hardcover that transports readers to the futuristic megalopolis of Night City–the epicenter of the vibrant new action-RPG from CD PROJECT RED.”

Dark Horse Books is handling publishing duties for this release, with there being 192 pages in total. The release date is set for April 21st, 2020, which lines up with the standard edition’s release. This means it will launch 5 days after the accompanying game, which will launch on April 16th, 2020 for PS4, Xbox One, Google Stadia and PC. You can check out the cover of the deluxe edition and the other included items below. 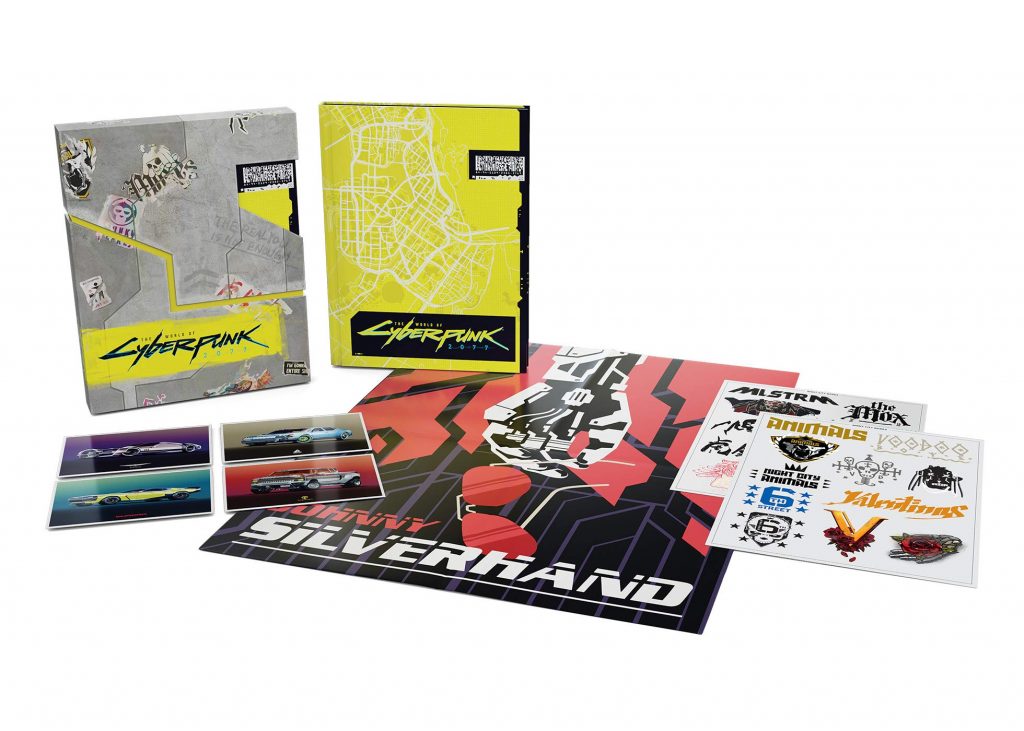 Follow @GameSinnersLive
8Bitdo Zero 2 Bluetooth Gamepad Details
Granblue Fantasy: Versus Teen ESRB Rating Detailed
We use cookies to ensure that we give you the best experience on our website. If you continue to use this site we will assume that you are happy with it.Ok