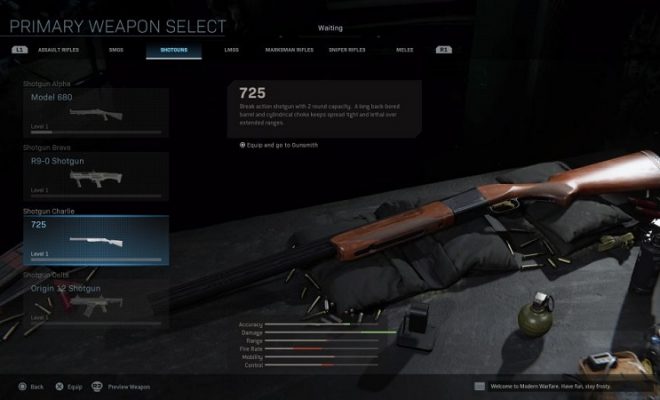 Call of Duty: Modern Warfare marked a shift in direction for the Call of Duty franchise, as it is the first time that the a developer has remade a previous game in the series. Infinity Ward’s original Modern Warfare was a watershed moment for the series and FPS genre, launching it to astronomical heights and has remained there ever since.

The remake aimed to bring the original into the modern landscape of warfare, and fans and critics alike seem to agree that the dev did a decent job. Of course, there are plenty of tweaks that still need to be made, and we now know of a new update that is on the horizon. The 725 shotgun and the claymore are currently very overpowered, with the shotgun allowing for players to get one-shot long-range kills and the claymore having a very large detonation area.

Infinity Ward’s senior communications manager Ashton Williams recently tweeted that an update is on the way that will address both the 725 shotgun and the claymore. An exact release date was not given, though she did say that it will roll out within the next few days barring any “unexpected issues.” She also revealed that two new multiplayer maps are set to be added to the game, which are called Shoot House and Krovnik Farmland.

Call of Duty: Modern Warfare is available now for PS4, Xbox One and PC.

Follow @GameSinnersLive
AMD Navi 14 ‘Radeon RX’ GPU SKUs Detailed
Sonic The Hedgehog Gets Long-Awaited Redesign In New Trailer
We use cookies to ensure that we give you the best experience on our website. If you continue to use this site we will assume that you are happy with it.Ok