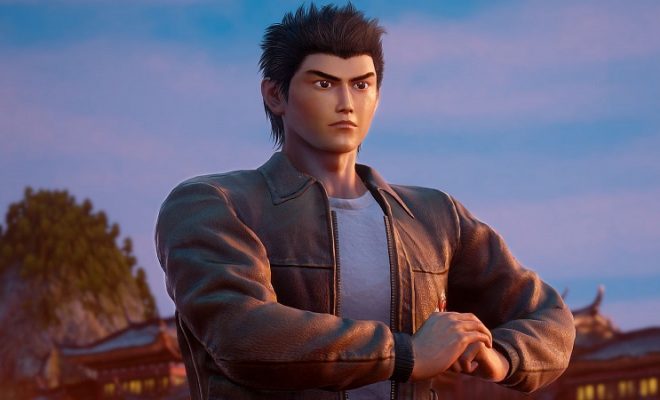 The wait for Shenmue 3 has been a long one, but after several delays the game is finally set to launch later this year. Now it seems more real than ever, as now the ESRB has revealed their official rating for the game. They gave the game a T for Teen rating, which is the same rating the previous games in the series received.

As is always the case, the ESRB gave Content Descriptors for the rating, as well as an overall rating summary. The descriptors are Mild Language, Mild Suggestive Themes, Simulated Gambling, Use of Alcohol and Tobacco, Violence. The following is the complete rating description:

“This is an action-adventure game in which players assume the role of a teenage jujitsu artist (Ryo Hazuki) as attempts to find his father’s killer. As players traverse fictional Chinese villages and towns, they interact with characters and engage in barehanded street fighting against enemy thugs and gang members. Players use punches, kicks, and throws to defeat enemies; fights are accompanied by impact sounds and cries of pain. Some female characters wear outfits with low cut tops that reveal large amounts of cleavage; dialogue and text also reference suggestive material (e.g., “I pray my hubby gains some pep to his step…in bed”; “Whoa, check out the pair on that one”; “The scumbags trying to extort money from any shop owner with boobs.”). As players progress through the game, they can wager in-game currency on dice games, animal races, and roulette-style games. Several characters can be seen smoking cigarettes and drinking from beer bottles and jugs of wine. The word “a*s,” “b*tch,” and “pr*ck” are heard in the game.”

Shenmue 3 is set to launch for PlayStation 4 and PC via the Epic Games Store on November 19th. The Steam version of the game will launch at some point in November 2020.

Follow @GameSinnersLive
Resident Evil 3: Nemesis Remake Release Date – If/When It Will Happen
Dr. Mario World Launches A Day Early
We use cookies to ensure that we give you the best experience on our website. If you continue to use this site we will assume that you are happy with it.Ok