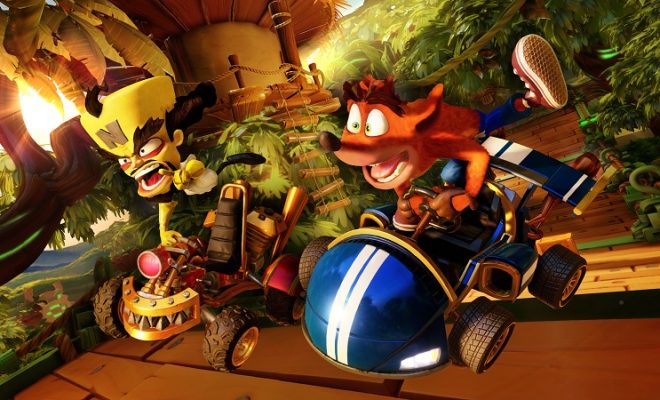 Later this week will see the return of a classic kart racer with Crash Team Racing Nitro-Fueled, which is a remake of the original PS1 game that launched back in 1999. The game is set to release on several platforms, but for those looking to get the game on PS4 we now have the download file size.

“Crash is back in the driver’s seat! Get ready to go fur-throttle with Crash™ Team Racing Nitro-Fueled. It’s the authentic CTR experience plus a whole lot more, now fully-remastered and revved up to the max:

– Start your engines with the original game modes, characters, tracks, power-ups, weapons and controls
– Power slide to glory in additional karts, tracks and arenas from Crash™ Nitro Kart
– Race online with friends and Crash the competition with online leaderboards”

Crash Team Racing: Nitro-Fueled will launch for PS4, Xbox One and Nintendo Switch on June 21st, with the price being set at $39.99.

Follow @GameSinnersLive
Why The Final Fantasy 8 Remaster Announcement Is So Important
Harry Potter: Wizards Unite iOS & Android Download
We use cookies to ensure that we give you the best experience on our website. If you continue to use this site we will assume that you are happy with it.Ok