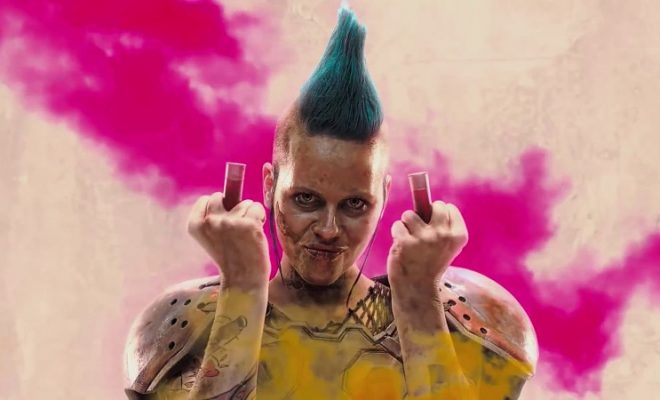 The long-awaited Rage 2 is set to launch for multiple platforms next month, serving as the follow-up to the original that launched in 2011. We’ve seen many previews for the game over the past several months, and the general consensus seems to be pretty positive so far. If you’re planning to pick it up on Xbox One, we have the file size.

The game’s page has recently been updated on the Microsoft Store, and the update has revealed the official file size. According to the page, Rage 2 will take up about 30.83 GB of space on your console. However, you need to keep in mind that a day one patch and post-launch patches will potentially make this go up quite a bit.

For those unfamiliar with the game, the following is an overview from Microsoft.com:

“An asteroid has annihilated 80% of the earth’s population, and humanity’s numbers are dwindling. Ruthless and bloodthirsty gangs roam the open roads and the tyrannical Authority seek to rule with an iron fist. As Walker, the last Ranger of the wasteland and a threat to their power, you have been robbed of your home and left for dead. Now you’ll have to rage for justice and freedom. With ludicrous vehicle combat, super-powered first-person mayhem, and an open world full of emergent madness, you will tear across an unforgiving wasteland battling sadistic gangs to find the tools and tech needed to crush the oppressive rule of The Authority once and for all.”

Follow @GameSinnersLive
Valkyria Chronicles 4: Memoirs From Battle Edition Gets Steep Discount
Silent Hill 2 Soundtrack Vinyl Release Date, Price, Cover Detailed
We use cookies to ensure that we give you the best experience on our website. If you continue to use this site we will assume that you are happy with it.Ok