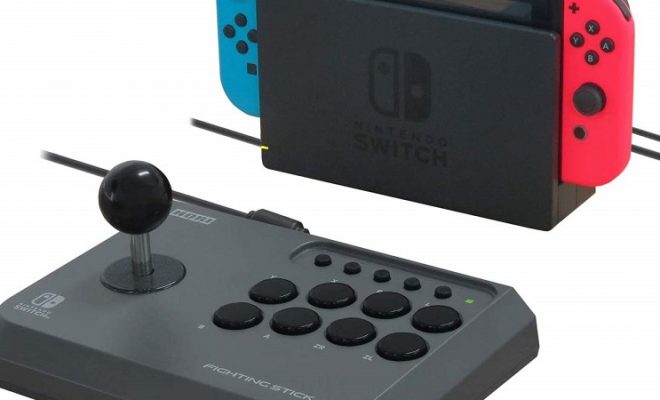 The Nintendo Switch is set to get a new fighting game peripheral for fighting enthusiasts, with HORI’s Fighting Stick Mini set to release soon. Now the official release date for the device has been revealed, with the information going live on the official Amazon product page.

According to Amazon, the peripheral will launch on April 29th, so those interested only have a little over a week to wait before it debuts. The device features everything that a fighting game fan could ask for, with a classic button layout and a big joystick for easy movement. As can be gleaned from the “Mini” in the name, this one is also designed to be more easily transported than other similar devices.

For those concerned about the quality of the device, you’ll be happy to know that this one is officially licensed by Nintendo. This means that it has their quality seal of approval, so you don’t have to worry about this being a lemon. The following is the description from the Amazon page:

“HORI introduces the Fighting Stick Mini for Nintendo Switch a NEW way to play all of your favorite arcade classics and fighting games .This features a full 8-button layout and a proper micro switch activated joystick yet is small enough to easily store and transport (product is approximately 8” x 6”). Despite its small size, the Fighting Stick Mini is surprisingly comfortable with ample room to rest your wrists, and the rubberized feet grip firmly to smooth surfaces for stability. This wired controller features a long cable, Share button, and other convenient functions. Perfect for fighting games, arcade style games, and much more! Officially Licensed by Nintendo.”

The HORI Fighting Stick Mini will launch on April 29th, and the price is currently set at $49.99.

Follow @GameSinnersLive
Sonic The Hedgehog Twitter Account Disses Game Journalists For Cheating
Valkyria Chronicles 4: Memoirs From Battle Edition Gets Steep Discount
We use cookies to ensure that we give you the best experience on our website. If you continue to use this site we will assume that you are happy with it.Ok