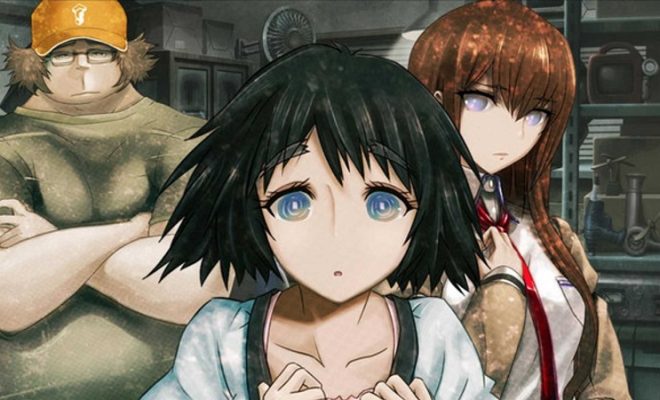 The release of Steins;Gate Elite is on the horizon, and now the Entertainment Software Rating Board (ESRB) have released their official rating for the game. The game received an M (for Mature) rating, which was due to blood, sexual themes, strong language and violence.

As always, the ESRB provided a more in-depth description of what players can expect to experience in this game, which is the following:

“This is an adventure game in which players follow a narrative involving a group of young scientists discovering time travel. As the storyline unfolds, players can view fully animated sequences that depict acts of violence: a woman pushed in front of an oncoming train; a character stabbed in the stomach; civilians shot and killed by gunfire. Blood stains are depicted on characters’ bodies and clothing; a handful of sequences depict large pools of blood underneath corpses.

The game contains some sexual material in the dialogue and in the central character’s inner monologue (e.g., “You can rape her, and then undo it with the Time Leap Machine”; “I’m gonna dye that p*ssy black before the duel even starts”; “…why not taste the same girl’s virginity over and over again?”). The words “f**k” and “sh*t” appear in the game.”

Steins;Gate Elite is set to release on February 19th, 2019 on PlayStation 4 and Switch.

Follow @GameSinnersLive
Latest Shenmue 3 Kickstarter Update Reaffirms August 2019 Release
Kingdom Hearts 3 Xbox One Download File Size Revealed
We use cookies to ensure that we give you the best experience on our website. If you continue to use this site we will assume that you are happy with it.Ok