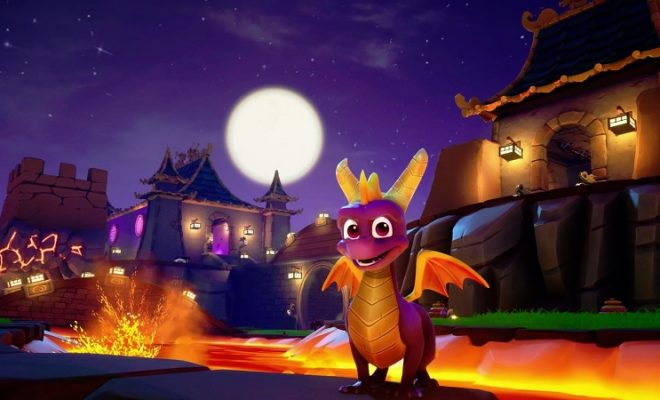 The Spyro Reignited Trilogy was supposed to release earlier this year before getting a late delay, but now the release is on the horizon. Those planning on picking up the game will want to know the download file size, and now that has been revealed for both PS4 and Xbox One

When viewing the game’s product page on PS4 it can bee seen that the game’s file size is 31.5 GB, and the Xbox One’s page says the file size is 36.32 GB. This definitely isn’t on the smaller end of file sizes these days, but considering that we’re dealing with three games here we really can’t complain too much. Either way, make sure your hard drive is ready for the game’s launch next week.

For those unfamiliar with the game, the Reignited Trilogy contains full remakes of the first three Spyro games from the PS One era. The three games included are Spyro the Dragon, Spyro 2: Ripto’s Rage and Spyro: Year of the Dragon. Along with the visuals being completely revamped, the controls have also been improved to bring the games up to today’s standards. If the quality is anywhere near that of last year’s Crash Bandicoot N. Sane Trilogy remake, then these should definitely be the definitive version of these games.

Follow @GameSinnersLive
SNK 40th Anniversary Collection Switch Download File Size
Death End re;Quest PS4 Box Art
We use cookies to ensure that we give you the best experience on our website. If you continue to use this site we will assume that you are happy with it.Ok