Wreckfest PS4/Xbox One Release Date Pushed Back To 2019 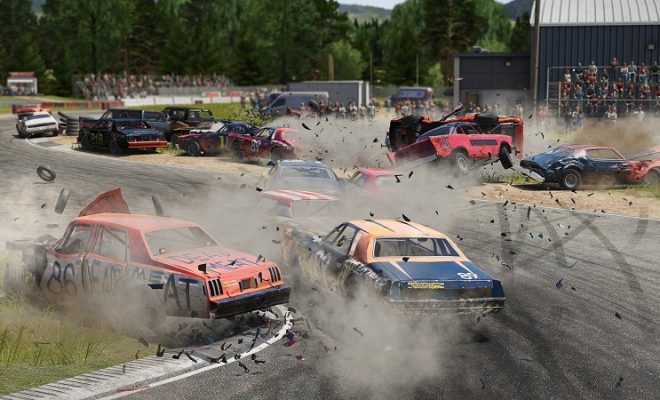 Wreckfest PS4/Xbox One Release Date Pushed Back To 2019

The demolition derby-themed racing game Wreckfest was set to launch this November on PS4 and Xbox One, but today it has been revealed that the game has been delayed. Publisher THQ Nordic made the announcement on their website, revealing that the game will release at some point in 2019.

Senior Producer at THQ Nordic said the following on the delay on thqnordic.com:

“Wreckfest for consoles will only be released as soon as we love playing it. After the fantastic release on PC, the benchmark for the console release is much higher. At this moment, the team needs more time to polish the multiplayer part, as well as the overall performance on the game to bring it up to par with the experience on PC. We are sorry for keeping fans waiting longer because of this. However, we already have compensation in the form of further vehicles, including a special crazy vehicle, in the works for consoles. ”

“Break the rules and take full-contact racing to the limit with Wreckfest! Expect epic crashes, neck-to-neck fights over the finish line, and brand-new ways for metal to bend—these are the once-in-a-lifetime moments that can only be achieved in Wreckfest, with its true-to-life physics simulation crafted by legendary developer Bugbear, who also brought you FlatOut 1 and 2!

Burn rubber and shred metal in the ultimate driving playground! Wreckfest is jam-packed with upgrade and customization options. Whether you are preparing for your next demolition derby with reinforced bumpers, roll cages, side protectors, and much more, or setting your car up for a banger race with engine performance parts like air filters, camshafts, fuel systems, etc., Wreckfest is shaping up to be the BEST combative motors port game out there.”

Wreckfest is available now on PC, with the PS4 and Xbox One versions currently holding a TBA 2019 release window.

Follow @GameSinnersLive
Cubism, Corruption and Chiller traps in Fortnite
Dark Souls Trilogy PS4/Xbox One Out Now
We use cookies to ensure that we give you the best experience on our website. If you continue to use this site we will assume that you are happy with it.Ok