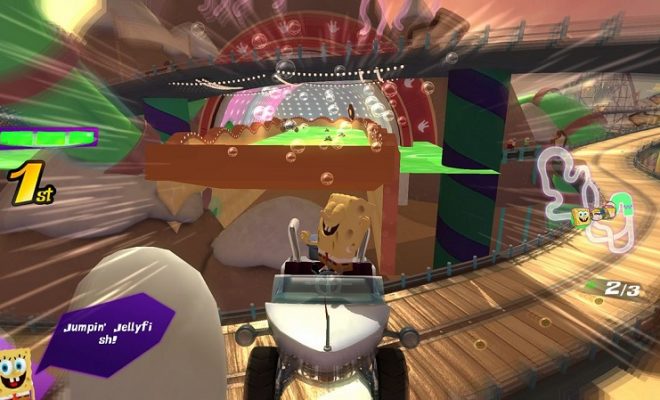 Your favorite Nickelodeon characters will be hitting the race tracks this month in Nickelodeon Kart Racers, which is coming to a number of platforms. If you’re planning on picking up the Xbox One version of the game then we have some good news for you, as the download file size has been revealed and it’s minuscule.

The game’s official Microsoft Store page reveals that the Xbox One version of the game’s download file size is just 733.66 MB. Compared to just about any other game on the market, that is absolutely tiny. This is likely due to the fact that the game won’t be very graphically demanding, and it remains to be seen what the game has to offer overall.

“Hit the Slime-filled race tracks with Nickelodeon Kart Racers! Select a racer from one of your favorite Nickelodeon series, including SpongeBob, Patrick, and Sandy from SpongeBob SquarePants, Leonardo, Raphael, Michelangelo, and Donatello from Teenage Mutant Ninja Turtles, Arnold and Helga from Hey Arnold!, & Angelica, Tommy and Reptar from Rugrats. Race your friends in up to 4-player local multiplayer or check out the Battle Arena for a variety of challenges.”

Nickelodeon Kart Racers will launch for PlayStation 4, Xbox One and PC on October 23rd.

Follow @GameSinnersLive
Starlink: Battle For Atlas Switch Download File Size
Canceled Shenmue Remake Footage Surfaces Online
We use cookies to ensure that we give you the best experience on our website. If you continue to use this site we will assume that you are happy with it.Ok