Marvel’s Spider-Man: The Art Of The Game Book Out Now 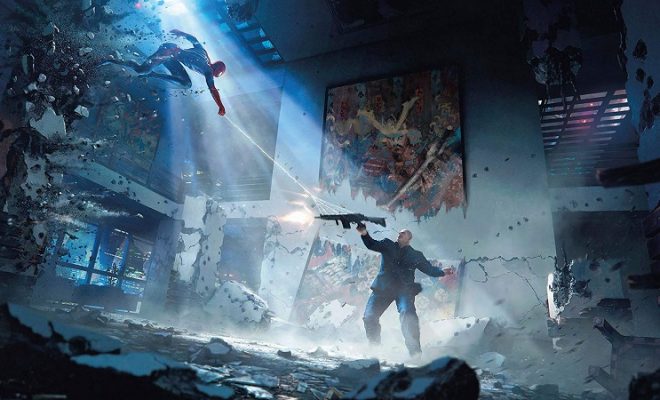 Marvel’s Spider-Man: The Art Of The Game Book Out Now

Marvel’s Spider-Man has been getting rave reviews since it launched on PS4 recently, and now the game’s official art book has been released. Marvel’s Spider-Man: The Art of the Game is available to purchase on Amazon, which features nearly 200 pages of artwork and information on the hit game.

The following is an overview of the book from the official Amazon page:

“The worlds of Peter Parker and Spider-Man collide in the action-packed Marvel’s Spider-Man videogame exclusively on the PS4. Marvel’s Spider-Man: The Art of the Game is packed with hundreds of exclusive full-colour images of Spider-Man, his suit and equipment, the allies he relies on like MJ Watson and Aunt May, and the deadly villains he battles. This wealth of material is accompanied by exclusive insight into the creative process from the talented developers, artists, and designers responsible for bringing Spider-Man’s world to vivid life.”

Titan Books is the publisher for this book, releasing a hardcover that is currently being sold for $25.44. There are 192 pages in total, with Paul Davies being the author. Davies has authored numerous gaming art books, such as The Art of Deus Ex Universe, The Art of Assassin’s Creed Origins and more.

Follow @GameSinnersLive
Giana Sisters: Twisted Dreams Owltimate Edition Switch Box Art Revealed
Valkyria Chronicles 4 Teen ESRB Rating Detailed
We use cookies to ensure that we give you the best experience on our website. If you continue to use this site we will assume that you are happy with it.Ok